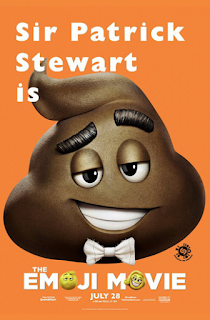 Obviously it's a 💩 Movie, get over it.
Look, no one expected this to be good alright? The second a trailer was released, was the second everyone trashed it. I thought it was a bad idea, you thought it was a bad idea, we all thought it was a bad idea. After sitting through it, I can safely say it's not the worst movie I've ever seen, but it's still bad. Excluding the voice cast, which worked, this movie is just dumb, but I can't really think of anything to say that I haven't already on my instagram review (look up rowdy-browdy on instagram), so instead, here's some lists for your entertainment. By the way, spoilers.


MOVIES LIKE THIS, BUT BETTER
.Wreck-It Ralph
.Inside Out
.The LEGO Movie
.Who Framed Roger Rabbit
.Ralph Breaks the Internet:Wreck-It Ralph 2 (prove me wrong)

REALLY STUPID THINGS NOT IN THE MOVIE
.The people acting like this is the first movie based on something stupid.
.The crowd behind me who tried to have a serious discussion on the movie.
.The Trump Administration.

Well there's the lists, see ya next time.