WHY SO MANY JOKER MOVIES? 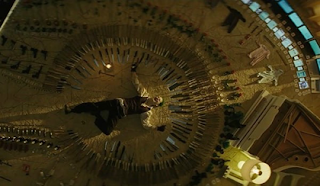 Has Warner Bros. gone crazy over their DC films? Yes, but why?

Upfront, there's no easy answer as far as I know, but that doesn't mean we can't try to bring logic to DC's reasons for multiple Joker movies, along with pretty much all their choices. Before we dig into the Joker business, let's dig into the other question on my mind regarding these choices, why aren't they focusing more on the women?

No seriously, if DC were smart, they'd be capitalizing on their female characters, it's a largely untapped market. My honest response to Wonder Woman being a good movie was "hey, wouldn't it be funny if all the good DCEU films were female based?" A joke I quickly realized might have been more true than I thought. Remember, last year's Batman v Superman was garbage fire, but most people can admit to liking Gal Gadot in it. Then there was Suicide Squad, a poorly made film to be sure, but most people liked Harley Quinn and Amanda Waller in it (Will Smith was also good here, but that's not my point), surely you've all noticed the pattern right? I mean I didn't hate Man of Steel as much as BvS, but no one brings up the positives of that movie as much as Gal Gadot's performance in the latter film. Take notes Warner Bros. it seems everyone likes, or at least appreciates your women on screen, you might wanna lean on that if you wanna stand out from Marvel. That Warner Bros. hasn't caught on that women seem to be their leg up here, seems to be why they're still making stupid choices, which brings me to my question, why the Joker films?

No one is denying the popularity of the Joker, that much is true, he's a great villain, but no one is excited for a film slate with two Joker films. So why? Well, it's hard to say, but I think Warner Bros. is trying to beat Marvel in the one area most acknowledge to be their weakest, the villains. Think about this, DC struggles with their first film, Man of Steel, but around the same time, people notice a flaw with their rival Marvel Studios, the villains aren't so great. Shortly after this, they announce a villain led film, (remember, BvS was announced during comic con of 2013, before Thor 2, which seems to be when the MCU villains sucking conversation started) Suicide Squad, which I assume was sort of a back-up plan. The fact is, had Suicide Squad succeeded critically, we probably would've had these announcements last year, in fact, despite being hated, they still went ahead with the villain led Gotham City Sirens and announced Suicide Squad 2, so all Warner Bros. needed was a box office success (the previous films, while box office hits, were considered failures). DC wants to beat Marvel with better villains, so they want to go all in on villain characters, sure they have heroes, but notice how the villains are getting more attention on the film slate.

So if they want to beat Marvel by being the villain studio, what happens when it's the women that are their true success? Well that's the hard part, see, I feel like it's partly a typical sexist Hollywood decision, something like women are guaranteed to sell tickets, or whatever prevents studios from shooting more female-led films. Part of me also feels that Warner Bros. fears that with Captain Marvel right around the corner, it may prove to be yet another area Marvel beats them in, so a villain focus remains their only option, I could be wrong, but who knows? Remember Warner Bros. has more movies to work with than just the DC films, versus Marvel Studios, which is just that, so it may just be the poor decisions of people with no real plan, but it wouldn't surprise me if the plan is to be strong where the competition is weak, even if they remain weak elsewhere, or ignore their own unexpected strengths.

Now to answer the obvious, the reason they're doing two different Joker movies, is clearly to find an actor that works for audiences, making that the deficit Joker going forward. I'm not sure the DCEU will ever have a track record of success, nor am I sure that they have a plan, what I do know is this all just sounds like the worst choices possible, but here's to hoping they're not.