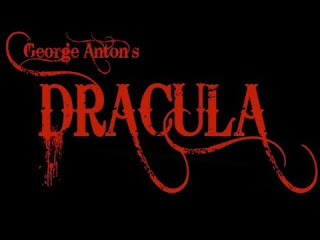 This is a movie.
Look, I don't want to mock people who are trying hard to get out there, I mean I've done a few short films, I get it, without a budget or limitless materials to work with it can be hard to make a great film. This film however, is awful for more than a lack of budget, it lacks a coherent narrative which makes everything else harder to sit through. I don't know George Anton, I hope he had the best intentions making this, but it is an incomprehensible mess, I've seen student films as sloppily edited as this, hell I've made some this sloppy in audio alone, but never have I seen one that I could not follow like this. I don't want to mock Mr.Anton for this, but his film is such a mess, so I say this to be honest in my reaction, it makes Tommy Wiseau's The Room look competent, because at least I knew who I was meant to hate there.

I honestly could not tell you what this film was about. Is it about an elderly Van Helsing trying to stop Dracula? Or about a struggling writer? Maybe it's about a cop learning to believe in the supernatural? I don't know, the film is hard to follow, not helped by it's odd choices in editing, or the poor quality in the audio, this is a mess. By the time the film reached it's end I could not believe it, because the story hadn't felt set up. "I want to pay for this script" says a movie exec who apparently greenlit Pineapple Express and Persepolis, then about ten minutes later we get that again, but in what looks like a different set, while I'm left wondering if I accidentally dragged the timeline back, I did not. This film is just that jumbled, things happen randomly, then they happen again.

What honestly made this earn a spot for this month was the ending, I'd seen it before and it automatically made this kick out another movie originally planned for today. In what can best be described as a random cliffhanger, one angry character challenges the guy who sold his script, it's something out of the Twilight films, but much more random. Why does the movie end like that? Was this a joke? If it was should I be more mad? I honestly cannot answer that, but trust me, look up the ending, it is bizarre. As for the film? It's among the worst I've seen, with the only thing keeping it from being the worst is that it is a low budget mess, so it's hard to go too harsh on someone who clearly couldn't afford to better translate his vision. That being said, avoid this, outside that ending, the typos in the credits, or the odd edits, it's really not worth it.