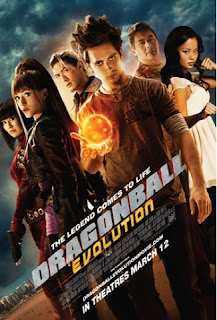 Dragon Ball is a beloved piece of fiction from Japan, it's ran for multiple decades, and with Dragon Ball Super finally hitting America, it's safe to say it'll be around a lot longer. That love was definitely not carried into the near forgotten Dragonball:Evolution.

As far as adaptations go, this definitely is among the worst, no character is represented properly, the use of plot points from the source is scarce, while the overall design and effects are laughable at best. Yet, despite it all, I just couldn't muster up any kind of anger.

Maybe it's because I knew what to expect, or rather not expect, but none of this was just all that offensive. Sure, it's not good, but I just found little to be angry about, it was almost like everything here just went into one ear, and then out the other. Nothing left an impact, the pain was hardly there, if at all, I just sat, witnessed a mess, brushed it off and left. The worst was expected, what I got was a poor adaptation, but as a movie judged on its own merits, this felt incredibly... not decent, but not painful as well.

I just can't find anything to really say, did you like the show or comic? This isn't good, you will not like it. Don't care for the source material, you will not like this. Again, maybe it's because I knew what to expect, or maybe it's the knowledge that this has been forgotten, essentially swept under the rug, but Dragonball:Evolution is a movie that's not good, but also not bad enough to get too pissed about it, even if you love the series. Also whitewashing is wrong, just like this movie's understanding of the franchise.