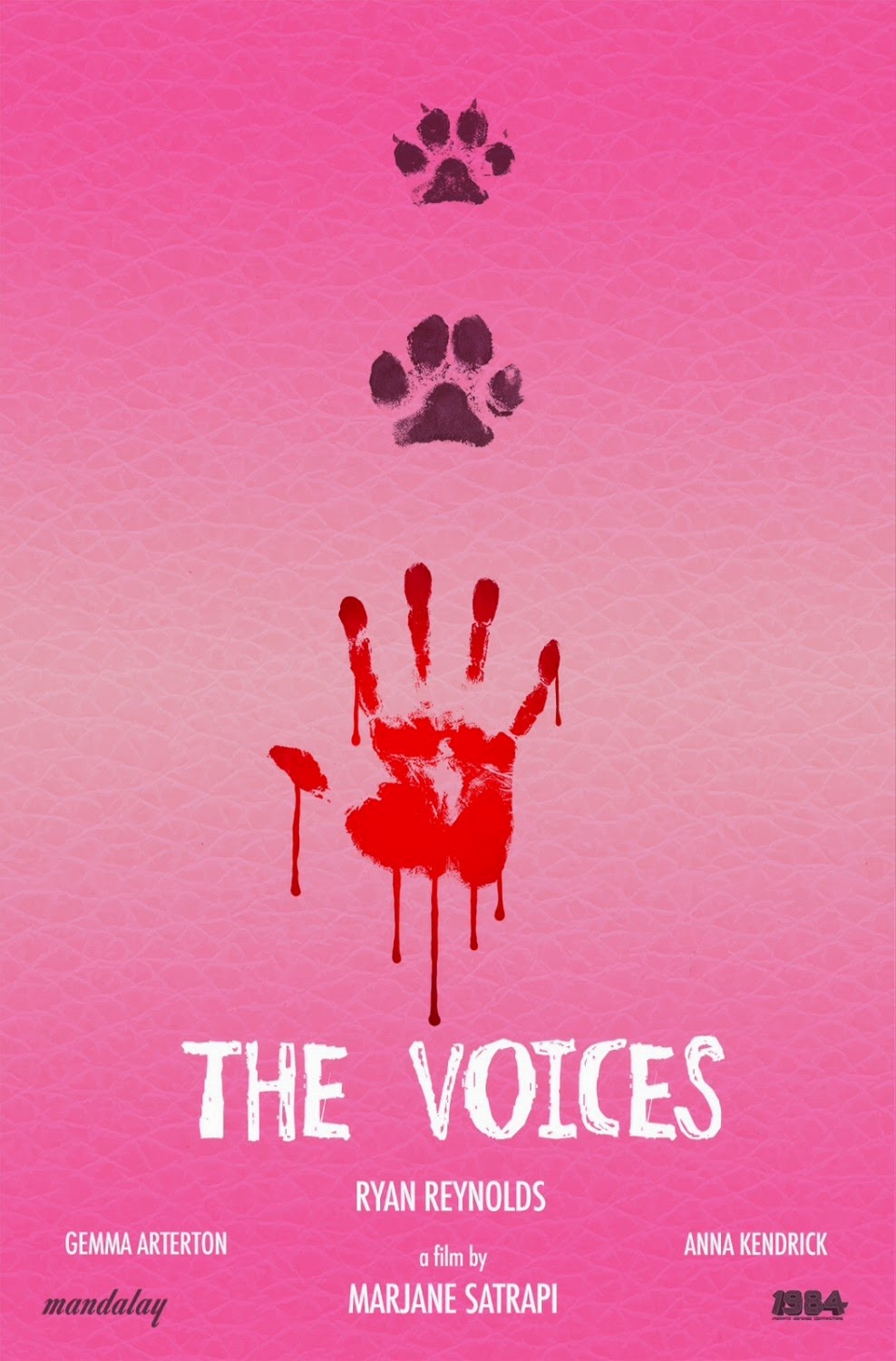 Synopsis-Jerry is a simple man who just wants to be good, but his cat, Mr.Whiskers, suggests a much darker way of life, a life of a serial killer. Jerry will try to live a normal life despite the psychotic choices laid before him, but it may be too late for him.

Good actors have a tendency of getting a bad reputation from geeks whenever they star in bad geek films, Ryan Reynolds is one of those actors, thankfully, movies like The Voices, help quiet those unfair criticisms by showcasing the actors talent. Make no mistake, this isn't meant to defend bad films because an actor is good elsewhere, rather it's call for people to stop judging an actors entire career based on one bad performance. The Voices is one weird little film that is a true showcase of how good Ryan can be, while thankfully still providing a fun, twisted tale of murder.

The level of which this film will entertain you will entirely depend on how open you can be with a comedy that heavily focuses on grim murders, as well as how sympathetic the film chooses to make its serial killer star. While the movie certainly could've gone a bit more outrageous in it's murders and visuals to help illustrate just how mentally ill its lead is, it manages to do a fine job presenting the distinct differences between how Jerry sees the world and how everyone else does.Those looking for a more cerebral look into a serial killer's mind, may be disappointed to find that the movie lacks a lot of subtlety, Jerry's thought process is revealed very plainly to the audiences, mostly through how he interacts with his pets, it works fine, but it's not the most psychological experience.

Geeks may already be aware that Reynolds is starring in the upcoming Deadpool, if there were any doubt of how well he would work in the role, look no further than here, Jerry is very insane, yet pulls a happy enough demeanor that makes him feel like he's one step away from the merc with a mouth. Reynolds also provides the voices of his pets, Bosco and Mr. Whiskers, which are amazing in that it's hard to even notice they're voiced by the same person, both representing his good and bad side. Along the way, Jerry begins interacting with the head of one of his victims played by Gemma Arterton, who surprisingly is more entertaining dead then alive. Anna Kendrick shows up as Jerry's love interest, who at one point seems like his female counterpart due to her performance, this is where the movie really picks up, once she starts interacting with Ryan, the story starts to progress much smoother and becomes more entertaining.

The Voices is a strange little film, but it can be pretty creative and unique at times, while also being funny in its own right. While some would prefer a more cerebral experience, or something that doesn't glorify murder, which this film doesn't but will probably be accused of anyway, this is still  a worthwhile experience, give it a shot when you need a dark comedy.