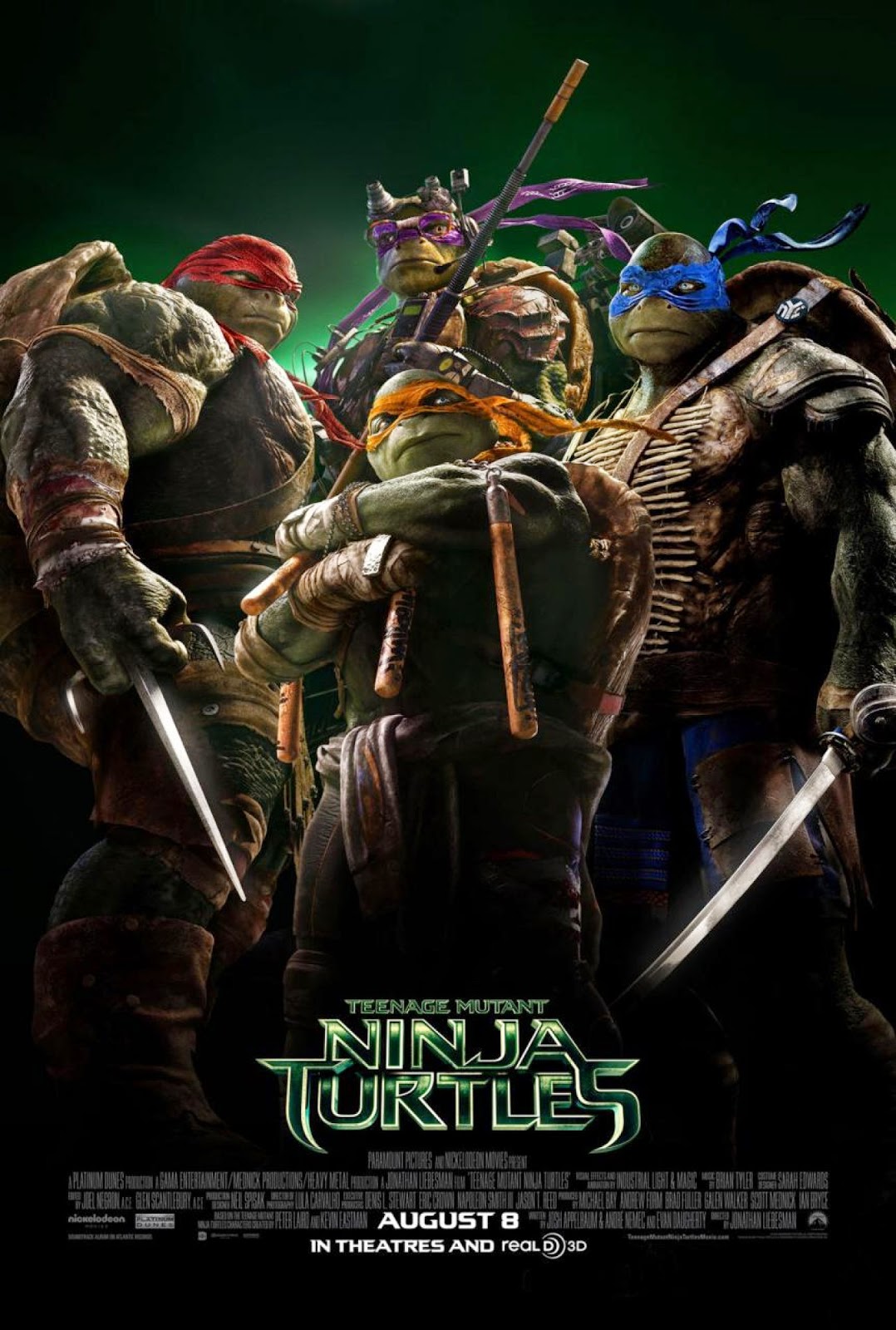 Synopsis- April O'Neil's big break may just be around the corner when she finds vigilantes defeating the evil Foot Clan, these vigilantes are the Ninja Turtles, who may just be the key to something bigger.

At this point, there is no denying that the Ninja Turtles have become popular enough, that  they'll never leave us, as one version ends, we'll get a new one shortly after, and the cycle will live on. The most recent incarnation, was last year's Teenage Mutant Ninja Turtles, yet another live-action film, though this time, many were dreading the thought, as Michael Bay's name was attached to it as a producer. This film had backlash even before its release, the most known among it, was the script leak, revealing they would be aliens, of course the movie doesn't resemble that early script at all, but just the thought was infuriating enough to make the film we got, slightly more appreciated... By no means do we have a good film, but to my surprise, as well as others, this is surprisingly better then anticipated, problematic sure, but between this or the Transformers films Bay made, I'd take this over those (with the exception of four) any day.

Megan Fox leads as April O'Neil, having said that, one of my first issues should be obvious, Not the Megan Fox part (though she is still pretty bad) but her leading, we're watching a Ninja Turtles film where the leads aren't the Turtles, that's kind of lackluster.Despite his talents elsewhere, Will Arnett is disappointing as Vern Fenwick, he feels like a rejected character from the Transformers films, perhaps there just wasn't much for him to work with, but if you want to see Arnett, see him on other films or shows, he is lacking in this film. William Fichtner plays Eric Sacks, surprisingly, while he's not perfect, he does command a lot of attention, even if his plan isn't a good one, Fichtner is fun in the role. Of course most are aware of Fichtner's original role as the Shredder, leading to backlash and casting Tohoru Masamune in the role, which made Shredder more of a blank slate in the film, not exactly a positive improvement for the iconic villain. The Turtles are all motion-captured, and voiced by their motion-capture actors (except Leonardo who's voiced by Johnny Knoxville) all of which are decent, but deserved more screen time. The absolute worst in the film though is Tony Shalhoub as Splinter, the voice just does not match, but if that were the only thing bad I could've gotten over the voice, but instead his Splinter comes off especially cruel, and stupid, making for one of the worst interpretations for the character.

As far as action movies go, the action here is alright, the choreography can be fun at times, especially during a third act chase sequence, but it does lack in areas, especially with the Foot clan, who never provide any hand to hand combat with the Turtles, possibly due to a lack of budget for the CG department. Of course another issue is well known, the Turtles have ugly designs, to be fair the concept of each having their own style was not a bad one, but the Turtles look unappealing.

As bad as we all thought it would be, Teenage Mutant Ninja Turtles is surprisingly not close to that level of awful. This film isn't good, but it's close to decent, watch it if you're REALLY curious as a diehard fan of the series, but avoid it otherwise, this is still a pretty crappy film.