Captain America:The Winter Soldier-Capsicles For All 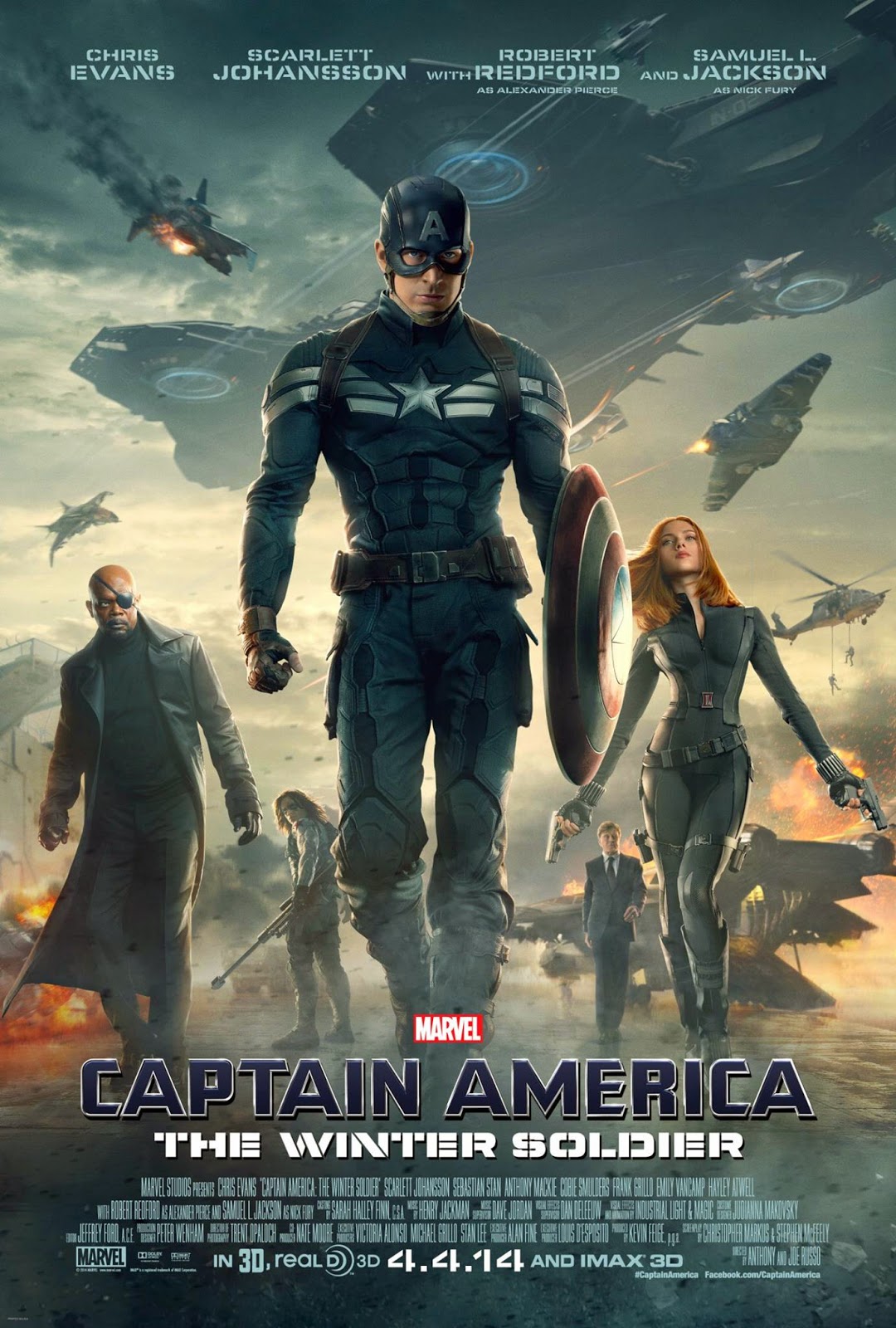 Synopsis-When Nick Fury is killed by a mysterious enemy, Steve Rogers will be forced to go on the run from S.H.I.E.L.D. along with the Black Widow. Steve soon finds himself at the center of a conspiracy much larger then anyone could've imagined.

So far, the Phase 2 MCU films have all been sequels dealing with the aftermath of The Avengers, it's honestly made the films feel personal, yet nowhere near as important to the world they inhabit as the previously mentioned film, Captain America:The Winter Soldier feels like a game changer in that regard, what happens here is important to the world and for whats to come. Everyone assumed anything major that could happen in the Marvel films could only happen when the Avengers would be together, or during a post-credits sequence, yet this film played its cards, and wowed critics and audiences alike. Among Phase 2, no one would've expected that Captain America would lead in a film that some consider as the best of the MCU, yet here we are over a year later.

Captain America and Black Widow make for a perfect "good cop/bad cop"  team, their banter never feels beyond the realm of good friends, which is a rare relationship to showcase in films, but it works so well, hopefully this pair continues to work like this in future installments. Anthony Mackie joins their team, feeling a bit like the straight man of the group, providing some of the best lines, while still coming off as a badass in his own right. Samuel L. Jackson feels the most human here he's ever been in these films as Nick Fury, We get to know how the man views the world, while understanding the why of it, he's a man with a lot of experience, but he's not perfect, it makes him better then he has been before. Robert Redford is a legendary actor, his presence here really shows that, Alexander Pierce is easily among the best Marvel villains, largely due to the performance, he may not be some super powered being, but being as menacing as he is, while just being a senator makes him feel like a real threat. The film's title villain is played by Sebastian Stan, he's terrifying in the role, so good in fact, that it's hard to notice how little he appears in the film.

There's only one real flaw in the film, it feels as though Marvel felt it was necessary to shoe-horn in Sharon Carter, Emily VanCamp is fine in the role, but there seems to be no reason for her to be in the movie. Thankfully, Sharon's scenes don't take up much time, so the film doesn't feel like it's stopping just for the fans.

Every major action set piece in this film feels perfect, the action perfectly displays how agile and strong Steve is. While many went wild for the elevator sequence, it's the Cap versus Winter Soldier sequences that are the most impressive, the tense feel as they build to a big finish is just amazing. This film has some of the best action scenes I've ever seen in any action movie, they really are just that great to watch.

Captain America:The Winter Soldier, is one of the best political thrillers in recent years, while it may not be perfect, it does everything so well that it doesn't need to be. This is a high benchmark for all comic book films to meet, but witnessing it is amazing, Captain America didn't change, the world had, Captain America simply tried to change it to something better, in that process, he made the MCU into something more interesting, where every film matters, not just the team up films.