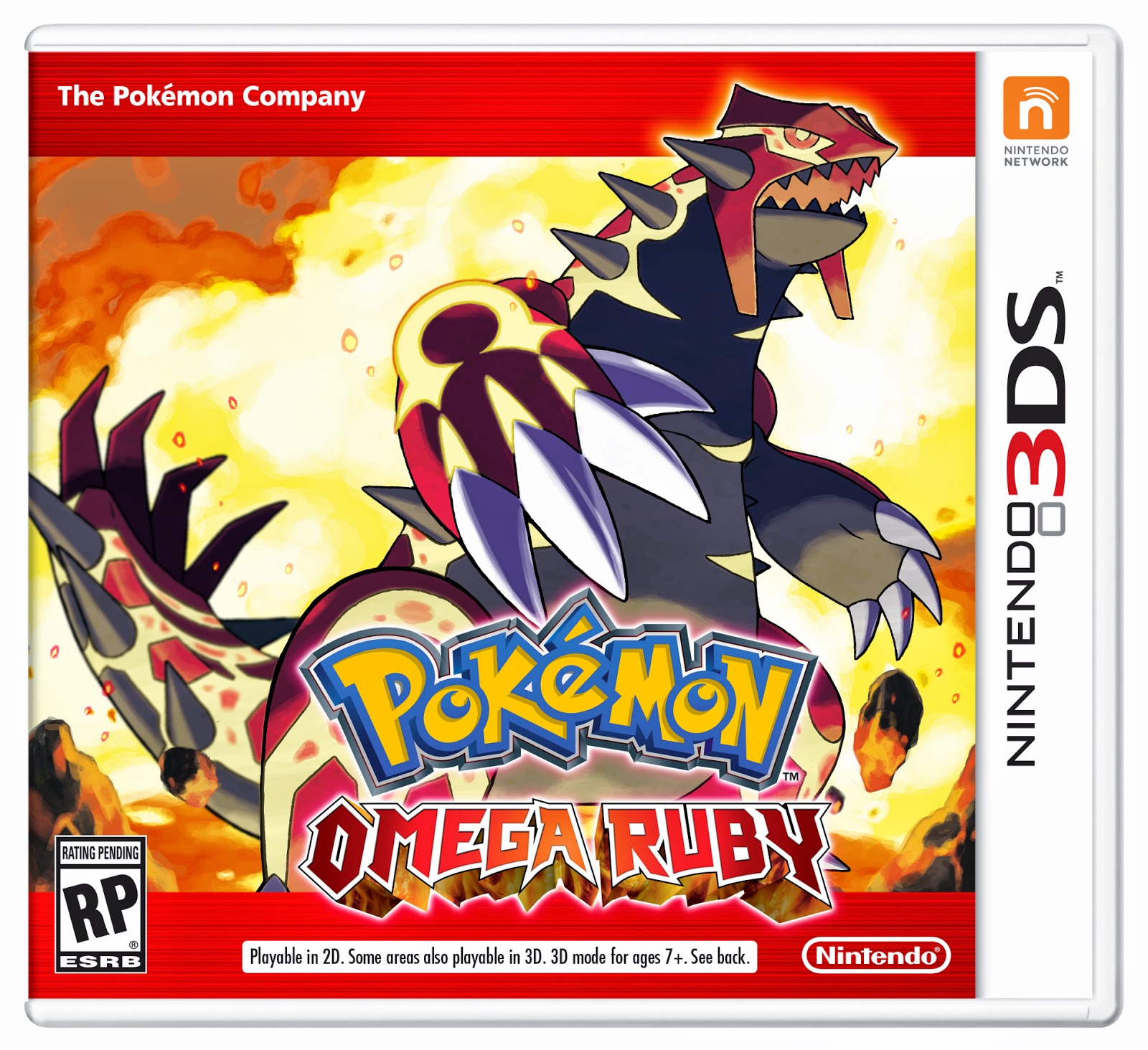 Synopsis-On one trainer's way to becoming a Pokemon League Champion, a nefarious team known as Team Magma interrupts as they seek to awaken the legendary Pokemon, Groudon to change the world as they know it.

Pokemon was one of the earliest game franchises I remember playing, sure it's stayed mostly the same, but the finer details change, it's an experience that finds the time to be new in smaller details, which is appreciated. I've played all the generations, I often was there as early as possible, I remember getting Pokemon Sapphire Version (though I had wanted Ruby) and feeling rather, disappointed. To be honest, there is no generation I've hated in the series, even the weakest is fine, but if I were honest, right then and there, that WAS the weakest in the series, everything the previous generation had built seemed to have been destroyed, the "gotta catch 'em all" tagline was nonexistent and worst of all, a majority of the new Pokemon designs kind've sucked, I was disappointed, it was my weakest for the franchise and remained that way for years. We've had six generations now, if I were to rank them (remakes not included)  from best to worst it would go, fifth, second, first, sixth, fourth and dead last would be our Hoenn based third, yet I was still curious enough to see if time, and a fresh coat of 3D graphics would change my opinion, so I played Pokemon Omega Ruby, it took longer then I thought, but there were some surprises to be found, an adventure that felt familiar yet fresh, I was pleased... for the most part.

As far as I can remember, the game's story seems to be mostly the same, while some additions are made, the story remains to be the same you remember, though a new post-league story known as the "Delta Episode" is added, while that portion is the best piece of story the game offers, it's no longer then a mere two hours, which is a pity as the Armageddon-esque plot in that section is the most fun this series has ever been. You know how the game works, but as mentioned before it's the details that change, but much like it's original incarnation, this game feels like a step back to what's been achieved, sure the 3D world from Pokemon X and Y is kept, but the world feels much more simple, while I understand it's to try and recreate the landscape of the original version, it does feel a bit lackluster, there should have been more alterations to the areas you explore, taking advantage of the hardware, and progress the series has made since then. Trainer customization was also removed, which is sure to disappoint many, I want to make my trainer reflect me,  at the very least make his skin look like mine, whatever excuse can be made, it's not good and hopefully we can bring back customization in the next set of games. With everything bad out of the way, I do find myself enjoying this game more this time out, maybe it's the decade of getting over the disappointment of the original, or the small areas improved, but I can't say I forced myself to finish.

While I certainly acknowledge the flaws I felt were right at the time, and still feel mostly the same, there's one thing I can no longer agree with, Hoenn was not the home of the worst generation. I say it's not the worst, while acknowledging that my opinion change may not be from the original versions, but from this version, yet there's no denying that a revisit has changed my views a bit, sure plenty things suck, but the villains are at least memorable, having two teams, one specific to each version certainly raises interest, plus their plan has some logic to it, while the main legendary Pokemon are all amazing to look at. So if generation three isn't my worst, where does it rank now? Well, it only moved up one spot, fourth is now my worst, largely due to the forgettable villains, and their confusing plan, so congratulations Hoenn, you're no longer the region I'd throw away first.

While some may feel this series never changes, I feel it changes at a steady pace, while not always for the better, or as much as I want, I still appreciate the series. Pokemon Omega Ruby is a remake done right, being nostalgic, while also improving upon it's original, if you've got a 3DS get it, but preferably before moving to X and Y,  so the downgrades aren't noticed as much.