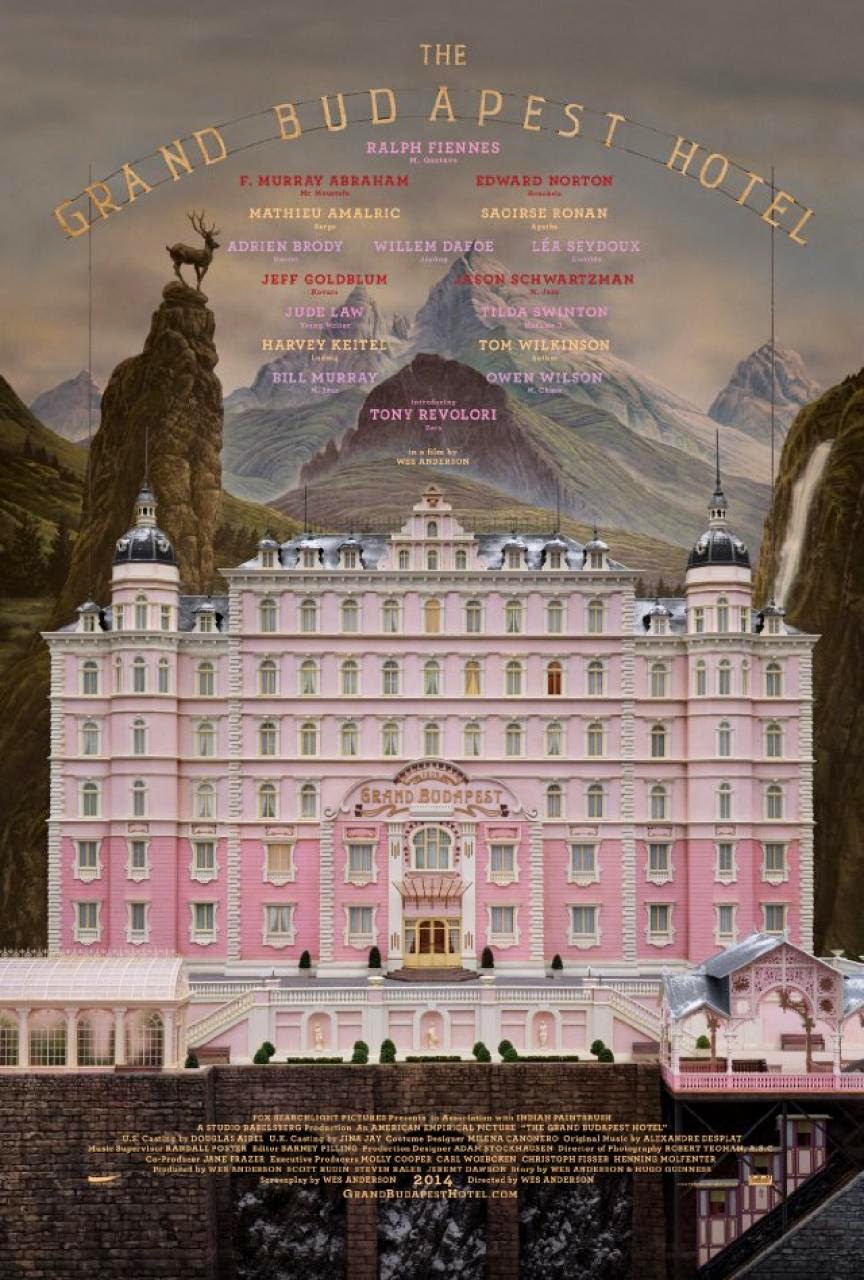 Synopsis-Gustave H. the concierge at the well renowned  Grand Budapest Hotel of the title, is framed for the murder of a frequent patron, Madame D. Resulting in a mad adventure for his proof of innocence. Help for the framed concierge comes in the form of Zero Moustafa, a lobby boy at the hotel who is extremely loyal to Gustave.

Wes Anderson, well known amongst film buffs, returns with The Grand Budapest Hotel, a comedy set largely in the 1930's . Wes brings his visual style and writing to produce one of 2014's best and funniest films.


Simply put, this film is genius, every detail, character, line, anything really, is well done. It would actually be hard to go into detail of why this film works without spoiling some of the best lines and moments.Ralph Fiennes is perfect here, always hilarious, quick to give great reactions to any situation and just a host of other quirks that would be hard to replicate, he deserved an Oscar nomination for this role. The cast is brilliant, while it's better to see just how every Anderson regular gets in the film, it is worth mentioning that the best performances in this film (outside of Fiennes) come from Tony Revolori, Adrien Brody and Willem Dafoe, who just keep the story going so well, while providing some big laughs.


This film is beautiful, a lot of the scenery is done practically, resulting in some of the more unique visuals to come out in a while. A lot of the miniatures can be described as cute, but that's what makes it stand out in a time where CG is relied upon so much. What's interesting is how the film switches between aspect ratios, this effect gives you a sense of which time period each sequence is meant to be in. Of course it wouldn't be an Anderson film without fantastic writing, which he provides one of his best written films to date.The Grand Budapest Hotel is grand, definitely destined to be well remembered by film buffs, watch it as soon as you can.