10 MORE CHARACTERS WHO SHOULD JOIN THE NEXT SMASH

You’ve read my previous list, now here’s ten more characters I think are viable Smash candidates, this time I wanna focus on newcomers from franchises that have already been represented. Since so many could fit that bill from a single franchise, I felt like I’d only pick one new representative from each franchise. To be a little more fair, I decided to include alternatives for each pick, I won’t detail the alternatives, but they’re choices I expect if my main choice is wrong, or who knows maybe both go in. In any case let’s begin. 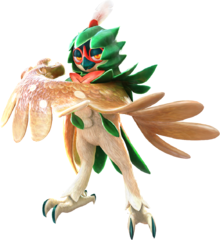 We always get new Pokémon to the roster, why would this time be any different? Decidueye was easily the most popular starter of the current Gen, given we’ve had a fire and water starter in the roster before, this seems like the best choice. It has a great design, cool moves so I wouldn’t be against seeing this ghost/grass owl make its way into the battle.

ALTERNATIVE:The only thing preventing Decidueye from joining is if we get a Gen 8 Pokemon, which is apparently releasing this year. Still, I feel Decidueye is a safer bet as we’ve yet to see anything from Gen 8, so if we do get a newer Pokémon, expect them to join as DLC. 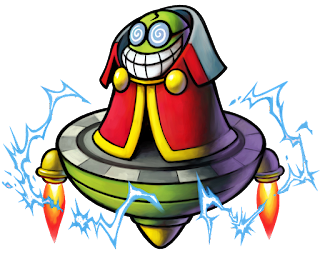 I LOVE FAWFUL, honestly I’ve been wishing for this guy to join Smash as far back as Brawl, but he’s never had much of a shot. So what changed this time? Well, notice which Mario and Luigi games have been re-released lately? The ones where he is prominent in the story, so it’d make sense if this was in part to promote him for the next game. While I know he’s largely here because I think he’s the best (non-Bowser) villain of the Mario franchise, I do think there may be a chance for Fawful to chortle in the fight.

ALTERNATIVE:Kamek is another character I want to see fight in these games, he’d probably register more as a Yoshi representative, but he’s still a unique foe, his chances are slim though as he doesn’t have much of a presence outside of being Bowser’s lackey in some games. Still, he’d be a fun choice. 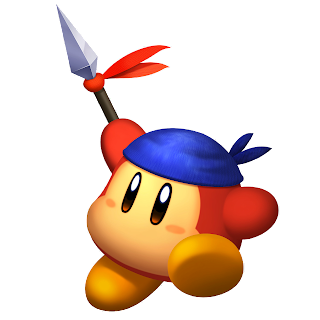 This wouldn’t be my first choice for a Kirby rep, but Bandanna Waddle Dee seems to be the most likely choice. With a lot of appearances in the more recent games, especially in co-op, I’d say he goes in just to complete the group, with Meta Knight and King Dedede already being in the series, we really just need him at this point. Despite not being an exciting choice, I can’t say I’d be bothered by Waddle Dee joining the fight, he’d definitely offer some interesting attacks that would be a bit unique.

ALTERNATIVE:Adeleine is one I know a lot of people want to see and she’d definitely be a unique addition, but I don’t think she goes in because she’s a bit obscure at this point, still it’d be great to see her. 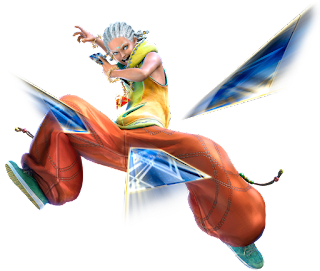 With Bayonetta being a part of the Nintendo family these days, I can’t imagine them skipping out on adding a new character from her franchise, the best choice would be Loki. He’s got a cool thing going on with his cards, he seems like a fun addition and who knows the squirrel transformation might make for some funny stuff, maybe in his taunts.

ALTERNATIVE:Luka would be more of a joke character, clumsy and probably filled with poorly made gadgets, while Jeanne sounds like a safer bet, considering she’s too similar to Bayonetta I’d  say she has a very small chance, so Luka would be my alternative. 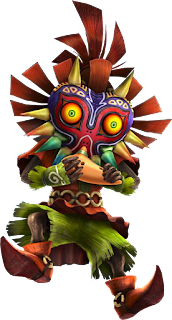 Much as I love the Zelda franchise, we haven’t had an interesting new addition since Zelda/Sheik joined over a decade ago, the Skull Kid would definitely be a nice addition. He’s odd, his trickster qualities would make him feel fresh and considering he’s probably the most known villain that isn’t Ganon, I think he goes in this time. The only thing that holds him back is that he’s not much of a fighter in the game he originates from, but as if that’s ever stopped fighter choices.

ALTERNATIVE:One of the champions, if not all from Breath of the Wild, considering Link is redesigned to fit that style this time it’s possible we might see Revali, or Urbosa or the other two go in, maybe they just end up being a new final smash, or assistants in character trophies, but I won’t be surprised if they’re new fighters. 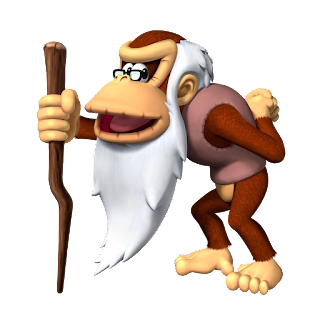 I know people want King K. Rool, but at this point I think he’s not going in, leaving a new rep for DK being anyone, likely a Kong, my guess would be Cranky, it was a big deal to make him playable, he’s a fan favorite and he’s probably the most unique Kong in recent years. If he does go in I’d want his final smash to either be him talking your ear off about how bad new games are, or him reverting to the classic DK (it’s often teased that Cranky was the original Donkey) and smashing (ha) the field.

ALTERNATIVE:Yeah my alternative is still King K. Rool, he’s a cool unique boss and the most known one in the Donkey Kong series. I do think theres a hurdle for him, as he hasn’t appeared much for a decade now, but who knows, maybe Smash finally brings him in. 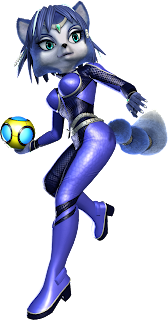 So far we’ve had Falco and Wolf being semi-Fox clones, they’re fine but I’d like to see someone more unique from that franchise go in, my vote would be Krystal. She’d be another female fighter, so that’s always a plus, but I do think she’d be the most unique new addition from Star Fox, especially with her initial appearance being more of an adventure game, making for some more unique fighting possibilities. I’m not a big fan of her if I’m honest, but I’d see a lot of potential in her as a fighter.

ALTERNATIVE:Just to troll people, I wouldn’t be surprised if Slippy joins the fight as a clumsier Fox-clone. People might hate the idea, but picture this, his final smash would be calling for a help, so that’s kinda funny. 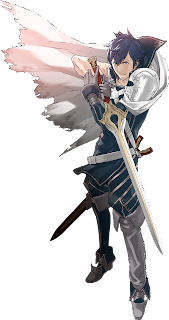 I’m not a fan of Fire Emblem, but considering his popularity, the fact that he was cut out of a choice for a more unique fighter, I imagine Chrom goes in this time. I doubt the latter reason becomes much of an issue this time, as Sakurai may find a way to make him feel unique this time, if not he goes in as a last minute addition to please fans.

ALTERNATIVE:Any new Fire Emblem character, much like Pokemon, that seems to be a thing in this franchise, promote the newer characters. 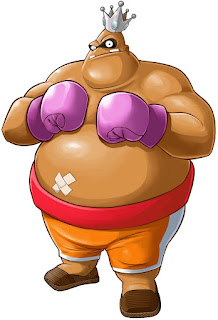 Possibly the most known adversary to Little Mac, King Hippo likely joins this time as a much heavier fighter, possibly the heaviest to make up for his lack of jumping abilities. The only thing that would keep him from joining is that I’d imagine making a character who jumps worse than Mac sounds unappealing for a lot of people, but I doubt that will hold him back much, Little Mac was a pretty popular addition, so I figure he might get more representation.

ALTERNATIVE:Mike Tyson, while he hasn’t been in Punch Out! For decades, his recent playthrough of the game suggests he might be cool if Nintendo used his image again. Besides, sooner or later we’ll get a real person in one of these, it seems fitting if he were the first. 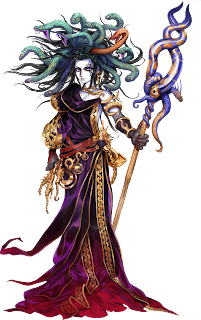 Sakurai brought back Kid Icarus, so it’s likely he gets another rep this time. Putting in Medusa as an evil Palutena would definitely be nice, especially if she’s given some unique skills, which sounds plausible so I wouldn’t mind her joining. Another villain, another woman, it just makes plenty of sense so here’s hoping she joins.

ALTERNATIVE:I could see Magnus being a choice, he’d be unique, but given we have enough sword users, I don’t think he’d be the first choice for a rep.

Well this was fun, I wanna do some more as the game gets closer, so expect to see some more Smash posts, though not soon. Agree? Disagree? Let me know in the comments.