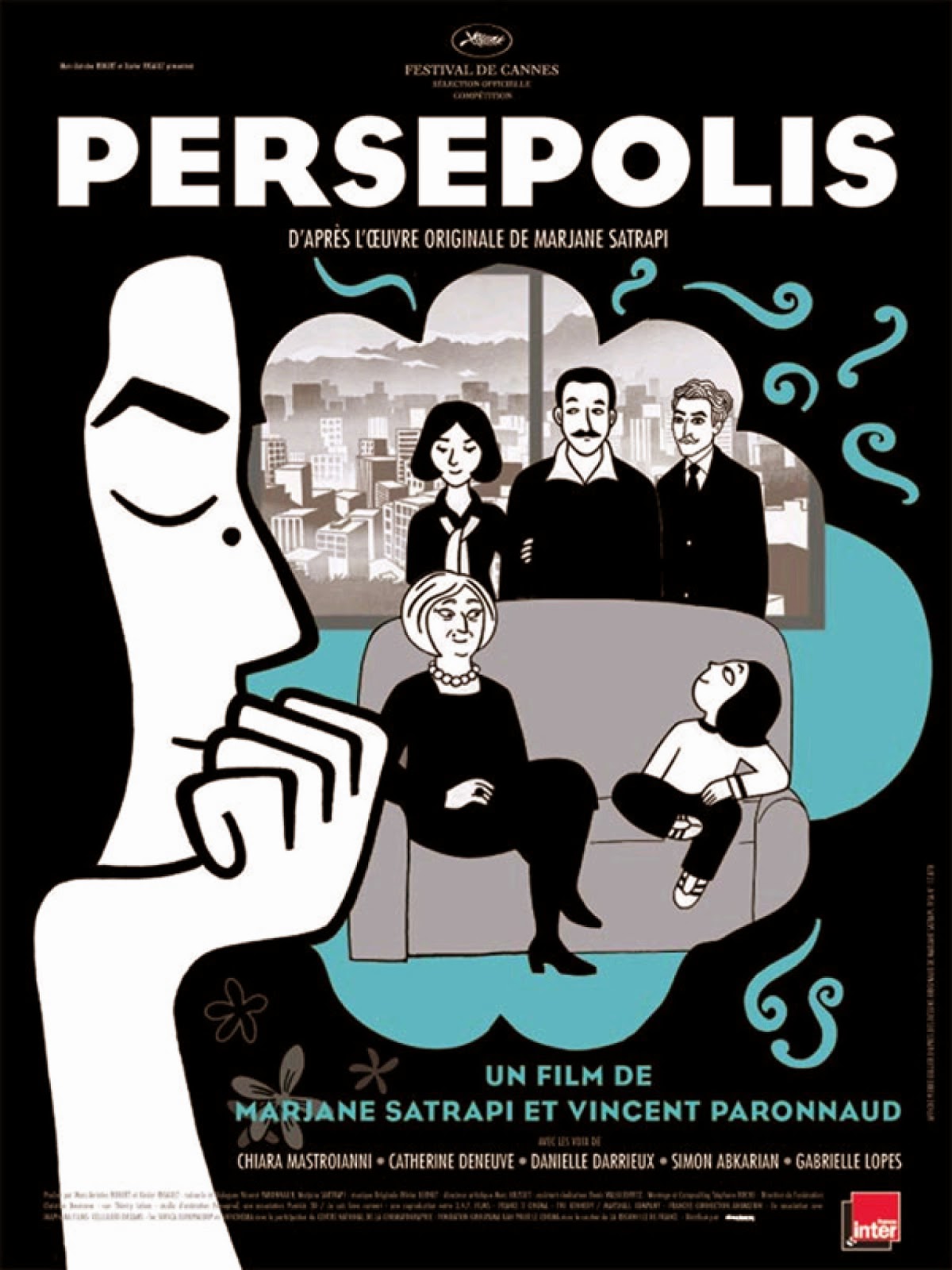 Synopsis-Marjane Satrapi recollects memories of growing up, dark, depressing moments that makes her the person she is.

Animation is often forgotten to be a medium for all ages, not just children, unfortunately due to being marketed as such for so long, it's been hard to shake off. It wasn't always the way society views it nowadays mind you, animation, as far as I know, became more focused on children when television animation became more common, so around the 50's or 60's, prior to that, animation was shipped to theaters for everyone, the biggest proof of this being the propaganda shorts. I really shouldn't explain why propaganda cartoons weren't made for children, but just in case I do, the military wanted men, not kids,the only kids who could join were teens who lied about their age, who are not the age range cartoons are viewed for nowadays, so yes animation was meant for multiple age ranges in it's early days. At one point, animation for adults seemed to had been making a comeback throughout the 70's and early 80's with movies like Fritz The Cat, but that didn't last, moving to modern day, animation for adults seems to stay within two realms, television (how ironic) and foreign films, one such film being Persepolis.

What a beautiful film, the animation style, the choice of having a majority of the film without color, it all makes for a unique look that is simply beautiful, it looks simple and nostalgic, yet as warm as it can feel, it also can get very heavy with the emotions being witnessed. Most of the film showcases director, Marjane Satrapi, in animated form (though not voiced by her) recounting her life's story, whenever we witness history, or a story being told to her in her childhood though, the animation becomes a bit more like a shadow theater, it's an interesting contrast to see.This is all very impressive to look at, but it wouldn't be as effective if it weren't for the story, which admittedly isn't plot-driven, but the film is very entertaining in presenting its character driven narrative.As mentioned before, the film is beautiful, the characters add to its beauty, but it's the writing that holds it all together.

In a time where animation is still being viewed as a "kids only" medium, Persepolis came out as a bit of a stand out film. It may not be for your kids, but you should watch it, talk about it, the film's view on revolution is important to understand, as much as the film is great to watch.