5 SUPERHERO MOVIES THAT SHOULD BE MADE

Superhero movies are bigger than ever these days, with every studio scrambling to make something resembling The Avengers, it's no surprise there are critics aching for the business to collapse, but that's not what I'm here to talk about today, today I talk about what I want. With an abundance of superheroes on screen, it almost feels like we've seen them all already, except we haven't.  Today I talk about the superheroes I'd like to see a movie for that have yet to get any announcements, my top five superhero movies that should be made list. 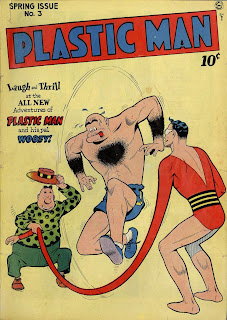 Of all the DC heroes, I demand a movie for Plastic Man the most, he's goofy, silly and strange, something DC should be embracing in their films. If there were a film to be made, I'd want Woozy in on the action, that way we'd get a good camaraderie, plus it could set up for an interesting approach for the film, I'd imagine a sort've Abbott and Costello dynamic if done right. There's really not much I want beyond those things, I'd just be so happy to finally see it made. 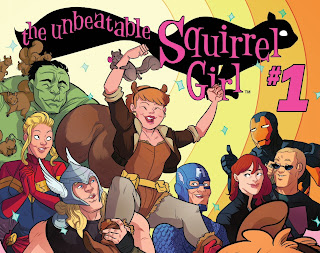 I love Squirrel Girl, just the idea is so much fun, so why don't we give her a movie? As her new comic's title states, she is unbeatable, there's no way she could lose at the box-office. Money aside, she's a spectacular character, there's a lot of fun she could bring to the MCU, plus she'd be yet another character for woman to look up to. As for her film, I'd imagine for a first outing they may want to start her off young, so maybe it'd be great to do a riff on Adventures In Babysitting, I could see it, her marketing her superpowers as a selling point to babysit, charming and a funny way to introduce her to the world. The key thing to bring her in though would be optimism, while she is goofy, her key trait is her optimistic view on any challenge, to the point that if she were serious, she'd be Cap's female equivalent. 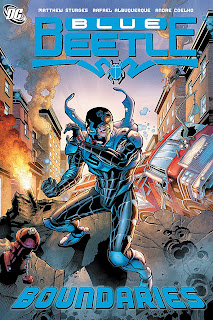 Okay, with the film popularity of both Iron Man and Spider-Man, why isn't DC pursuing a Blue Beetle movie? Seriously Jaime Reyes is like both of those guys combined, it'd be an easy sell, plus Hispanics (much like myself) would get someone to represent them. I honestly feel baffled that Warner Bros. have not considered a film for Jaime, do they just feel a Hispanic hero wouldn't sell, or he isn't interesting? Either way it just sucks. This choice is less from a personal enjoyment perspective and more from a perspective in support of progressing, diversifying, and just making a hero for people who don't see many heroes treated with respect for them. This may sound like some kind of P.C. crap for some of you, which if it does, get out, I'm not forcing every hero to be a gay Mexican woman, I'm just asking Hollywood make at least one hero who isn't some white dude, is that so wrong? To ask I get some Hispanic dude for once? I hope not. 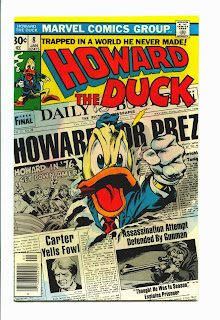 Presenting, my favorite Marvel character, in fact, my favorite comic book character, Howard The Duck, shocking isn't it? Okay don't point it out to me, I'm well aware of the 80's film, which is a bit below average and nothing else, but I'm talking about a reboot, so yes I'm kinda cheating here, whatever it's my list. Personally there are so many runs I'd love to see as movies, Howard running for president, Howard going to court to defend his right to live, a movie focused on him taking advantage of the government denying his existence, etc. it all would be a nice change of pace for the MCU. I've been demanding for a new film since it became clear that Marvel was succeeding in it's film studio, in fact one of my favorite moments in Guardians Of The Galaxy was his appearance, partly because I guessed he would appear as a post credits character months in advance, but largely because he now officially exists in the MCU. Give him a new film, and Marvel, I will love you forever, I promise. 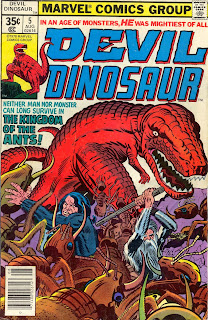 Honestly I just want to see if they'd be crazy enough to do such a weird film. I really have little to say for Devil Dinosaur, I just think that'd be an insane stunt to pull, and it'd be more insane if they succeeded.