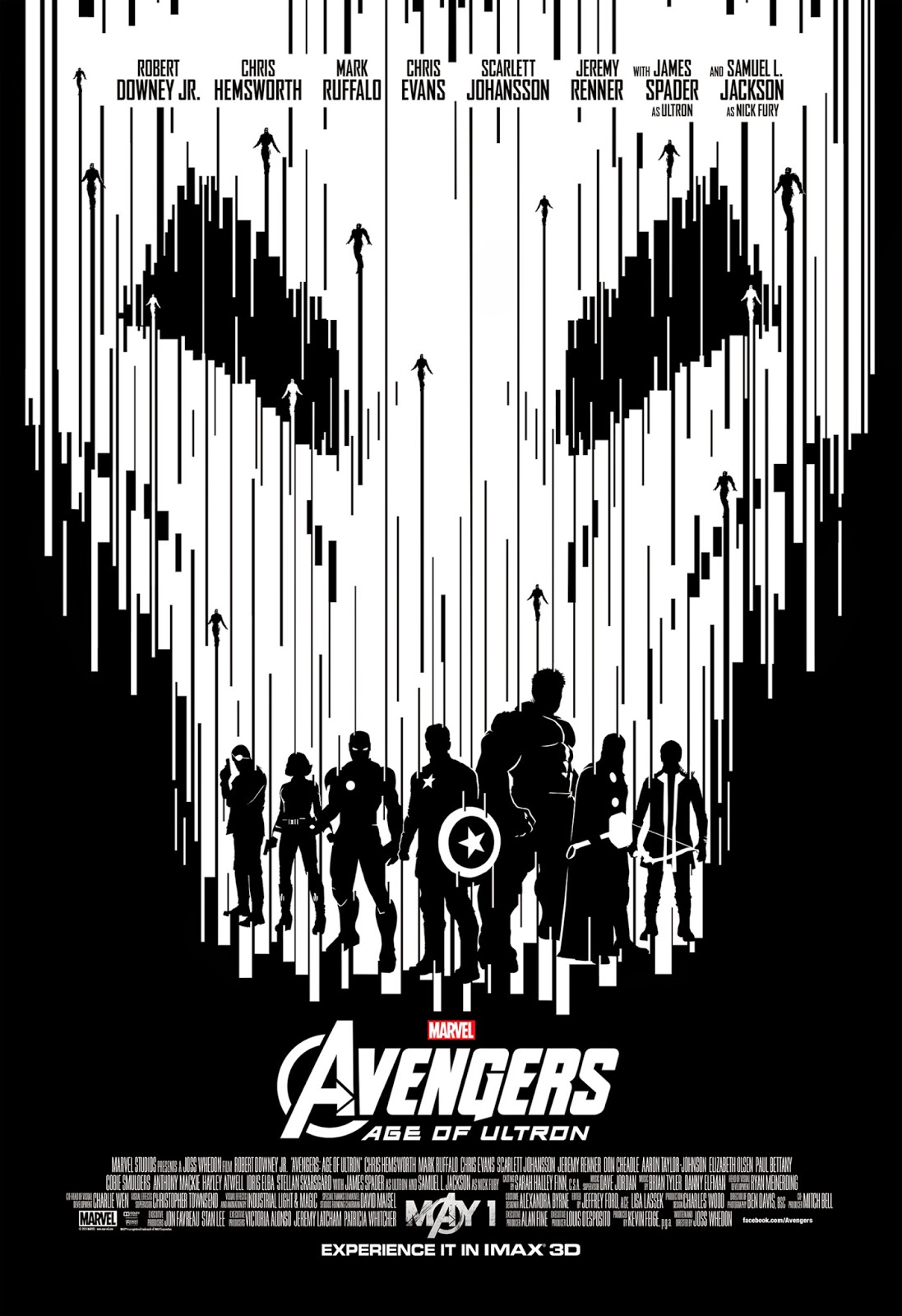 Synopsis-The Avengers are back, this time out, Tony wants to create a system known as Ultron, which would effectively end the need for them, but that backfires when Ultron becomes interested in keeping the world peaceful by "evolving" it.

While the first was a landmark achievement, this film will end up being considered as the good, but not as good sequel, yet I find myself feeling it is superior. The Avengers will forever be iconic, the film was a great one, but there's no denying it was a bit too simple, Avengers:Age Of Ultron, is not so iconic, largely due to the fresh feeling of a shared universe crossover not being fresh anymore, yet it's more complex, character driven, and entertaining.

Despite differing opinions, there's no denying the cast here is HUGE, so rather then going through the main cast as I usually do, I'll try to keep this to a minimum. The returning Avengers are as great as ever, this time though we get more focus on the ones who don't get their own movies, in fact Hawkeye ends up stealing a lot of the show. Some may feel strange about the Bruce and Natasha relationship in this outing, but it works, their chemistry is great, and given how the films have developed them, it does make sense, even if it's not the first idea for a pairing for either character. Quicksilver and the Scarlett Witch are the newcomers for the team, played by Aaron Taylor-Johnson and Elizabeth Olsen respectively, they're both fun as both antagonists and heroes, but it's Olsen who stands out a bit more. James Spader is perfect as Ultron, menacing, hilarious, a bit poetic in his own quest, and on the whole, one of the MCU's best, Ultron just steals so much, it'd be great to see more of him in the extended cut for the home video release. Paul Bettany's third act appearance as the Vision is fun, but without a doubt a bit strange to witness, his appearance feels unnatural, looking real, yet not, it works, but I imagine others will feel the strangeness of his look to be a bit off-putting.  Of course we also get minor appearances from characters who've appeared in the previous films, it'd be long and a bit spoiler-filled to name them all but they all provide their own fun or move the plot nicely, as do the new supporting cast members.

As stated before, this film is more complex, but don't fret, the film uses that to its advantage, making characters more interesting, as well as more human. While the film admittedly starts a bit all over the place with the intro, it manages to slow down as the title shows up onscreen, beginning  to find a right flow as it juggles all the characters on screen. While the action comes often, the film manages to find the time to have smaller moments, in fact they stand out more then the first film's moments, making the ensemble cast better utilized here. Some of the best sequences involve the conversations Ultron has with everyone else, it comes off as Skynet with a personality, having a robot reason with murder just feels both frightening and fascinating. Being complex while juggling a huge cast is no easy feat, yet this film manages to do it, while it does leave it feeling less iconic compared to its former, it doesn't mean it's worse.

Avengers:Age of Ultron is a better film, but not a more memorable film, when compered to The Avengers, it's no unusual combo, what we remember most isn't always what we like most, despite how much we'd like to think otherwise. While this series has gone long enough for many of the non-fans to find as many faults as possible, just to convince others of how "bad" the films really are, Age Of Ultron is yet another winner for Marvel.