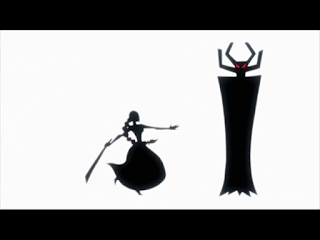 This week's Samurai Jack is a trip down memory lane as Ashi encounters various characters from the show who have been affected by Jack's presence.


As mentioned in a previous review, this show has created memorable one time characters, in this episode we see the full extent of that, as Ashi's search for Jack, brought us nice moments showing us how much characters from the past have changed. It isn't the full line up, but it does make me wonder if the finale will bring these characters and more back to wage war against Aku, which is sounding more epic than I ever could've imagined.

My biggest worry in this trip down memory lane, was that it wouldn't be accessible for non-fans, or worse, that it'd be a clipshow. Which it sort of is, but the clips are there, less out of showing us old clips and more to detail the stories of our old friends. It's an effective way to let new fans understand the story, without boring longtime fans. The result in all this is a very sweet love letter to fans, we care because they care about an inspiring hero, it's very touching despite the episode being light in story throughout this portion.

A small chunk of the episode deals with the return of Scaramouche, the robot from way back at the beginning of this season. It's all comical stuff, which is all very fun despite it being a different tone from the rest of the episode, but it mirrors the main plot well, our villain wants to reach Aku, to deliver news that might reignite his interest in killing Jack. Despite the comical tone, what oddly enough felt the most off here, is a comment Scaramouche makes about an oddly shaped head, I won't spoil it, but it is funny, while also strange to hear in this.

Speaking of odd comments, back in the main story, once Ashi gets a new wardrobe to match her new free persona, she enters a bar with some old foes of Jack, ran by a familiar face swearing, quite a bit. It's not too over the top, but it feels disconnected from the material, I kind of wish they avoided the use of swears, it just doesn't feel right for a continuation.

Moving along, the episode reaches its climax once Ashi finds Jack, who is about to take his life due to failing his quest. Yes, Jack is ready to commit seppuku for his lost honor, it's a moment that hits hard, but I appreciate the choice in showing us what he planned to do. Ashi saves Jack by reminding him of the lives he's changed, much like we've been reminded, hope is still in this world, leading Jack to finally snap out of his slump. As Jack and Ashi find themselves victorious over the mysterious Samurai who has hunted Jack in these episodes, Jack mentions the next step to fighting Aku, regaining his sword.

This show just keeps bringing the hits, with this episode preparing us for what looks to be an epic finale, I hope the momentum continues, and that Scaramouche lives long enough for the finale, he's honestly become one of my favorite villains on the show. 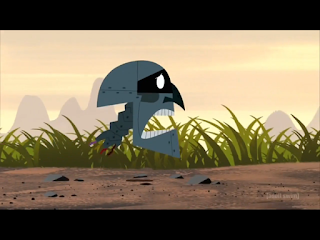