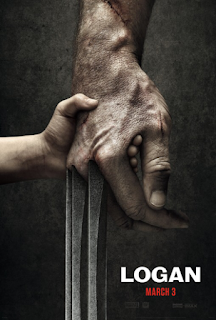 If you've ever liked any one of these, please bring all the tissues, ALL OF THEM. 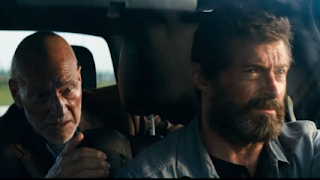 Hugh Jackman at this point holds the record for playing the same superhero consistently right? I mean it's been nearly twenty years since we saw him play Wolverine, it hasn't been an easy ride, but damn is this a definite highlight, as well as a perfect ending (?) to the character. Logan is a two and a half hour film that doesn't play around, it isn't here to pander to fans, and is the depressing, but powerful goodbye Wolverine (Hugh Jackman) deserves for everything he did for this franchise. That all being said, yes this film is good beyond being a goodbye to a beloved hero, not just because we also say goodbye to Patrick Stewart as Professor X, but because it's a tight script, with great action, as well as a tone evoking classic western films, seriously this is pretty amazing. 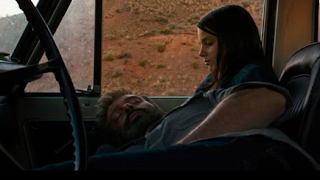 In many ways, this feels like it's passing the torch over to X-23 (Wolverine, but a girl) as the story is about Logan finding hope through a new mutant girl named Laura (played by Dafne Keen) after years of loss and desperation. Mutants are near extinction, with the only living mutants being Wolverine, Professor X, and Caliban, a mutant with the ability to track other mutants (played by Stephen Merchant), of course, this changes when Laura steps into Logan's life. Trouble soon arises, though, as it turns out, Laura, is being chased by an evil organization known as Transigen, this is where Boyd Holbrook appears as the film's badass main antagonist, Donald Pierce, a partially cybernetic soldier, who also happens to be a Wolverine fan. This all comes together to make the most brutal X-Men film, a depressing superhero film that at times feels closer to something like Unforgiven (aging hero, returns for a darker, much more somber ride) than it does to its own franchise. Admittedly, the film is perhaps a bit too long, but make no mistake, the story is an engaging, sorrow filled adventure. 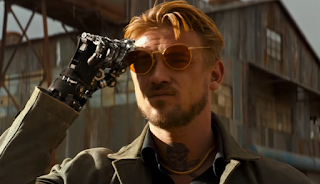 If you think it's all "grimdark" though, you will be pleasantly surprised. Outside of some really cool action scenes (including finally seeing the gore that comes from being sliced) this movie isn't afraid to have some nice levity across multiple scenes, there is humor and hope here, something that Batman v. Superman lacked, despite both being grim films, the difference, of course, is an understanding of quality, grim sequences work best when we have an understanding of joy in the world, lacking that, makes everything feel shallow. I'm really not here to pick on other films, though, I just felt explaining that helps you understand how I can love this for its grim tone, but not that for the same, levity helps carry us through the grim, as well as makes us care even more.

Where Logan personally brought joy to me, was in Laura (X-23) the adorable, yet badass Latina superhero, fuck yeah representation! I may get sidetracked here, so I'll apologize, but it's so damn cool to finally see a Mexican superhero on the big screen. I don't care if you think this is some "P.C. SJW" thing, fuck you, I'm not asking every character change to represent my people, I just want to see some acknowledgment that we exist and kickass, so thank you, Logan, Laura is a damn good character, made even more special for so many who lack heroes that remind them of themselves. Granted, even if she wasn't made to represent Hispanic people, I'm sure she still would've found a strong fan base with kids, especially girls. She's a near silent killing machine, her nationality is a great touch, but not her defining feature, and as far as I'm concerned she has instantly risen to be among the best characters in this movie franchise. 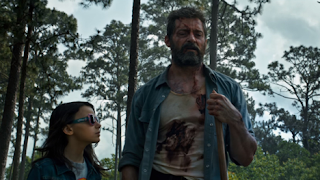 I'm not sure if I can say Logan is the best superhero movie, but I can say it's up there. It's grim, but deservedly so, a great action film with plenty of humor and joy to be found, but mixed with a lot of heartbreak that comes from seeing two beloved actors say goodbye to their iconic roles. I laughed, I sat in awe, I cried, this is an emotional film for any fan, even if you only liked one of these films, it's that good. I know it's early but Fox might want to start doing the Oscar campaign now, at least three actors here deserve nominations. Don't sit around, go watch this movie now.