I DON'T LOVE BEAUTY AND THE BEAST 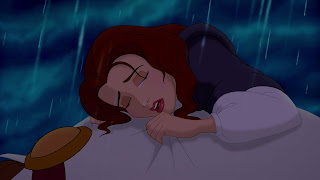 With the upcoming Beauty & The Beast remake approaching us, I've thought a lot about the animated Disney classic, and one thing that comes to mind is that I don't seem to enjoy it the way others do, I like it sure, but I don't think it's among the best from the studio, no matter how much people say I should love it. From that you might believe I'm here to offer a takedown piece on the film, but the truth is I'd much prefer to argue this, just because I don't love it doesn't mean I don't acknowledge the positives the film offers, I understand (in a sense) why you love this film, even if I don't. I don't love Beauty & the Beast, but that doesn't mean you shouldn't.


In a perfect world, we can all accept that everyone has their own opinions, but we aren't perfect, and we never will be. My point here being that I, as well as everyone else really, has lashed out at someone at some point for a different opinion. For years I'd be quick to do so on this movie, why not? I thought it was fine, but not the finest work from Disney, so why hold back? Upon watching the film again with a fresh mind, I found myself still thinking this was overrated, but I feel like I get why people love it more now, I disagree, but I accept that it's less the film's problem, as it is more of my own, and that's okay. Sometimes, the most well-made piece of work will fail in our eyes, not because the work is lacking, but because we just can't connect to it, which is fine, even if it is, in the end, just our fault and not the fault of the work. What causes us to not connect? That's the hard part of this all, sometimes it's a lack of familiarity, sometimes it's just our personal taste, but at most times the answer is just "it doesn't" we can explain why it doesn't work, which can be biased, but the truth is, what might work for us somewhere will not work elsewhere just because, we all are strange creatures, adding in context doesn't change that our opinions can be random, nor does it erase that my opinion or yours is valid. I'm not saying this all in an effort to stop defending my own opinion, so much as I am to at long last say I don't care what you like or don't like, We all have our own opinions, we'll probably all argue, and that's okay, for now I wish to present my understanding of why you love this film, not to discredit it, but to show I get it, even if I don't like it. With all this said, okay let's start with a brief take from me on the film.

As said before, I don't love Beauty & the Beast, I think the movie runs smoothly, but I just don't really find it to be amazing. One of the major reasons I've always found this to be lacking for me is the choice in the lead, Belle works fine, and she's given a nice voice, but considering the Beast is the one who grows over time, has the most to lose if everything goes wrong, why isn't he our lead? I don't like that I feel that way, largely because it's taking the lead role from a woman, which isn't so bad, until you realize that doing that would effectively lessen the strength of Belle's stance as a progressive female role. Of course there's also the music, relax, put the pitchforks down, I like it, but it's never fully worked for me, I love maybe two songs, but the rest always fall a little short for me. I'm not sure why I don't love the songs, part of me feels like they often are just singing about what they're doing, which makes the songs a little less fun to hear, but even without that feeling I just don't think the songs are as good as other Disney songs, which is a lame reason to not love them, but I just don't. The idea of turning the supporting cast into objects is neat, but it also results in a pretty weak climax where they fight villagers (yes it's kinda cool and funny, but the whole thing just never fully gels with the tone). Finally, back to Belle, despite her being a pretty progressive character, she is never given a goal, so her desire for "more" in her life feels hollow. Again, this is all my issues, perhaps I'm just a grump about this movie because others love it so much, but I accept I feel that way, much like I accept you loving this.

If there's one thing I've learn to accept over the years about Belle, is that I do not have final say regarding her status as a progressive character. Years ago, when I was much dumber I'd laugh at the idea, "what, cause she reads?" I'd joke, but upon revisiting the film, as well as hearing out the hardcore fans, I feel like I better understand, even if I still prefer other princesses from Disney. Belle was the first Disney princess NOT looking for love, sure, she didn't have a real goal beyond "adventure" but she was independent minded, love just happened, which is remarkable to consider. Belle's love even feels progressive, not cause she loves someone ugly (who remains ugly in human form, if we're honest) but because we know she falls in love over the course of the film, for the first time, Disney showed a love that wasn't over the course of a day (at least among the fairytales), and Belle only falls in love because the Beast is changed through her kindness, not because he's a male lead. There's more to why people view Belle as a progressive lead, but if you want some more on the why, I'd suggest asking the people who love her as a character, especially women, because, surprise, their opinion matters more here, after all, my opinion is just based from a male understanding of female progression, a woman's opinion would be based on knowing what it means to be feminist.

So where can I overlap with fans of this movie? Gaston, a villain that I actually love as a character and consider to be the one thing I can agree with fans regarding this as a Disney masterpiece. What makes Gaston a fascinating character, is that outside of Belle, the town sees him as a good guy, possibly because he genuinely is a good guy, narcissistic sure, as well as misogynistic, but to the village, he probably was some kind of hero, which doesn't excuse his wrongdoings, but it adds a somewhat complex layer to him. We know he's a sexist pig, we know he's a moron, but what we don't know is why the village likes him, sure it's easy to say because he looks good, but it's possible he was helpful around town, after all he has to be admired for a reason right? There's no way the village is shallow enough to only like him for his looks. Even, if Gaston was all just good looks, you have to admire a Disney film where the villain isn't an ugly character out for power, he's just a normal guy with relatively small ambitions. Gaston, is the film's MVP even for people who don't love the film quite as much.

I'd like to be clear, I did see this movie again recently just to fully make my assessment, and if there's any area I can definitely say changed for me recently, it's the story. The characters are still overall the same (yes, even Belle, despite better understanding her status as a progressive character), the songs are still fine, but nowhere near my favorites from Disney overall and the animation is still beautiful. It's in the story where I felt like finally saying, I get you, I don't love this movie, but this feeling is not from you, or this movie, it's just in my taste, but I understand why it works for you. The story is straightforward, it's tight, well paced, makes any tonal shifts feel right, it is a perfectly told fairytale, even if it's not perfect, because expressing the feeling and beauty is more important than understanding the logic of this story, or the logical choices that could be made for this. The story is perfectly presented for the audiences of its time, being adjusted just right to relay its messages to the most important audience here, the kids; while adults get a story that has laughs, drama and plenty of visual spectacle to be a movie worth watching without children. I may not love this film, but I admire the story and appreciate the effort put to make this a timeless tale, despite the target audience being the youth of the 90's.

I don't love Beauty and the Beast, but I understand why I'm pretty much alone in that, there's a lot the film offers that is great, even if I don't feel the same. I accept that I don't love this, I accept that my reasons are not good reasons to only like this, but I just never feel strong enough about this film to say I love it, which is okay, not everyone will love every "masterpiece", not everyone needs to, but I did feel it was important to say just because I don't love this film, doesn't mean I think you're wrong for loving this. You can love Beauty and the Beast, even if I think it's less than spectacular.

Though we'll probably all forget about the live-action remake if I'm honest.