Is the age of consoles-exclusives over? 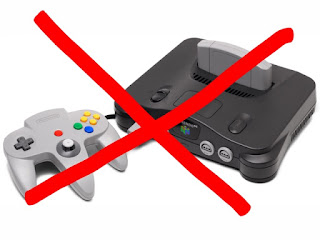 I've been considering this for a while, as each generation passes, we find more games appearing across consoles with little to no differences. I've had my own personal theories about the future of gaming, but the one thing that keeps coming to mind is simply this, consoles will cease to have any kind of significance, whether you get something from Sony, Microsoft, maybe even Phillips, all consoles will play the same games, no specific discs required. If you get Call of Duty for your PlayStation, your friend can easily borrow it and play it on their Xbox, because all consoles will take the same discs. We're already moving that way, I mean according to recent articles on the Xbox Scorpio, that won't even be the next step to Xbox One, just somewhat of an update, even Nintendo's NX is starting to sound more like a companion to the Wii U rather than a full fledged follow-up. Honestly all I can think is this, it's about damn time.

As of this moment, I have yet to purchase a PS4, am I a Sony hater? A Nintendo/Microsoft fanboy? Actually no, I just have very little incentive to do so. The Wii U has a great library of games... Granted that's mainly because Nintendo has a good line up of characters, so anything outside of that ranges from decent to crappy. Meanwhile, the Xbox One was a recent purchase for me, why? To play pretty much everything else the Wii U never gets, and I only decided on getting the One for Rare Replay, no really. Sony only really entices me on their console with Ratchet and Clank, The Last of Us... And I can't think of another exclusive they've sold me on. Why buy a system for two games? That's my biggest problem with video games, with two consoles providing so little differences, they might as well be the same, while the one console providing any difference,is avoiding the great games not made by them, what is even the point? This stuff can't possibly be good for the business.

There's no easy way to say this, but in a few years, Nintendo will probably be the only company doing any console specific games, while the barriers between Sony, Microsoft and whoever else will be gone. That's not to say Nintendo will survive, even they'll eventually have to lose the restraints to survive, they're just the ones most likely to hold out the longest. Consider this, Nintendo has lost third party support because most developers consider their gimmicks pointless, also, the incredibly different control scheme when compared to the competition is troublesome for developers who'd rather keep things similar. Nintendo will hold out the longest, but it'll probably only make the transition to end exclusivity once they're close to hitting rock bottom.

Sony is at this moment doing nothing to really heighten my theory on this, but Microsoft seems to be trying to speed up the process. As mentioned before, the Xbox Scorpio has been stated to not even be an official follow-up to the One, an update sure, but not a follow-up, in fact Microsoft has even mentioned something along the lines of ending consoles as we know them. Another story that seems to be brought up, cross play between systems, unless I've heard the story wrong (I'm human after all)Microsoft has not denied the idea of having their games being able to play online against Sony users, good or not, Microsoft will probably be the ones to rush out a console that can play both Xbox and PlayStation games. Sony will probably follow and by then game developers will probably stop releasing system exclusive discs, except Nintendo of course... For a short while.

You wanna know what's my biggest supporter on this though? Mobile gaming. Angry Birds can be played on any iPhone, Galaxy, LG, tablet, smartphone, etc. without an issue, and guess how successful that is. Pokemon Go has been the biggest hit in gaming this year (don't even argue), guess which specific phone you need to play it in? None, it works on pretty much all phones, no real differences, beyond how well the phone can take it. The amount of cash found in mobile gaming is probably incredibly enticing to developers, and why not? That is a lot of money, and casual players who can get their hands on it because they don't have to worry about buying a specific phone to play it, yeah, that audience is worth targeting going forward, especially if you want to make more money than you do now.

Personally, yeah I'm for it, less space taken, now I only need one purchase to play whatever I want, why wouldn't you be for it? I imagine the process will take the next ten years at the least, and by then some of you will probably no longer play games, but if you do, just remember what I say here, right now. I'm fine with console exclusives, but if we really want to evolve, it's time to end them, music can be played on anything made for it, Disney has never had a Disney only player, and most websites can be viewed on any device capable of going online, games will get there, and the audience waiting is larger than you expect.