WHY STARRO SHOULD BE IN THE JUSTICE LEAGUE MOVIE! 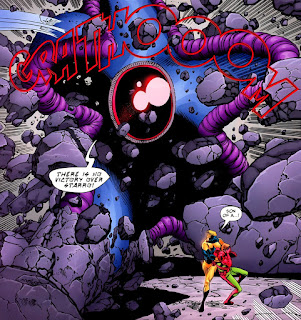 I love DC being weird, DC being weird is honestly the best thing that DC does with their characters, and one of my favorite oddities from DC is Starro, a starfish-like super villain who can control the minds of living things and turn into a giant monster. For as long as the plans for a DC cinematic universe have been around, my only thought has been how long will Starro, take to hit film? 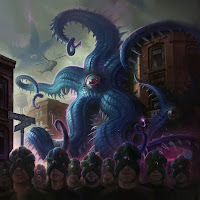 For most, my desire of a Justice League film featuring Starro is just the fanboy in me demanding the film stay true to the first issue, wherein the League fought Starro, I'm here to say that's not true, for the most part. I like Easter Eggs/references to my geeky tastes, but I do not demand them without reason, I genuinely believe Starro is the best foe DC can use to really kick off their cinematic universe right, though it would be cool to see the League's first villain as the League's first villain on film, I would've asked for Starro even if he wasn't their first foe.

By this point I'm sure you're asking what makes Starro special? Well as mentioned before Starro, is an alien that looks like a starfish and has on numerous occasions controlled DC heroes or just used his giant monster form to attack, how this has not been under consideration for a live-action film I'll never understand. The mind control stuff is what mainly interests me, DC needs to catch up to Marvel's stable of known heroes to the mass audience, having a lot of heroes turn up as mind controlled foes would be an easy way to introduce plenty without much groundwork. DC and Warner Bros. could easily use the heroes most people are familiar with as the characters we follow, while using a bunch of lesser known heroes as the mind controlled goons for Starro, it gives an excuse to get audiences interested in minor heroes, while avoiding any "too many characters" complaints because most would just be mind-controlled slaves for most of the film's duration. 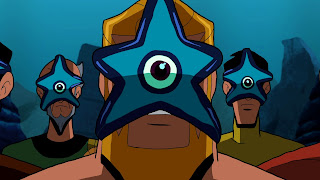 Starro could also pose as a huge threat for the climax, literally; maybe after the League frees the superhero victims we can see Starro becoming a huge beast for all the heroes to fight.To date we've yet to see heroes fight a giant monster onscreen (the closest being Giant-Man in Civil War) so just seeing all these tiny heroes fighting a massive monster would feel fresh to many audiences. The big upside to a giant monster fight for the climax would be the visuals showcasing all the heroes that were mind-controlled fighting back, even Marvel hasn't made a film with a huge army of heroes in a single shot, that shot would be a thing of beauty for many fans, new and old. 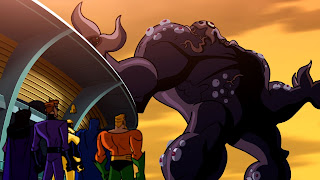 Imagine if instead of Batman v. Superman, DC and Warner Bros. had just done a Justice League movie the way I'm describing? Not only would it have been unique, but it could've easily made for a good excuse as to why Superman was so reckless in Man of Steel; imagine it now, Clark being revealed to be under Starro's control, great excuse to why Superman can't just defeat Starro early on, while also making his previous film outing somewhat forgivable. Sadly we got a different movie, and it seems I won't get my dream film anytime soon.

The most unfortunate thing about the upcoming Justice League, is that we now know that Starro is definitely not on the table. Warner Bros. has the next DC film directed by Zack Snyder, because Warner Bros. can't seem to learn the message they're supposed to, but you know what? If DC won't respect its own material, I doubt Starro would be represented accurately so perhaps it's for the best, for now anyway. Starro is a cool villain that can adapt to fights in many ways, while providing a unique film experience, someday, I hope DC understands that and uses him, hopefully before Marvel erases all relevance from DC's heroes. 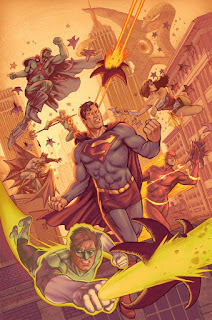