We are told in life to follow our leaders, but what if our leaders are leading us to something bad? That is something I get out of Pixar movies. Disney has often featured obvious villains, even if they're characters in some form of power, they tend to be/look untrustworthy right from the start; for example, Jafar may be in a high position right from the start, but he also is presented as a villain right from the start, by contrast Auto from WALL-E, may be an obvious villain, but he isn't presented as such at first, in fact the only tip is his look being reminiscent of HAL-9000; that to me is the key difference between Pixar and Disney Animation villains, regardless of their appearance, Pixar villains are in most cases not presented as villains right away, this is the Pixar villain formula.

We've gotten so many classics from Pixar, but have you noticed the pattern on their villains? Coincidental or not (likely not), Pixar villains often teach us that we should always question who we trust, especially our leaders. At this point Pixar, has pretty much crafted their villain formula, which has made it easier to figure out who will be a villain, regardless of how well they hide it within the film. What is their villain formula? Well, ever notice how most Pixar villains tend to be kind older figures in some form of power, who also seem to guide our hero in some way early on? Stinky Pete, Lotso, Charles Muntz and Waternoose, all fit this description completely, while others like Auto, or Chef Skinner embody parts of those traits; so Pixar may change up the formula every now and then, but the message at the core of it remains, your leaders may not always be trustworthy. 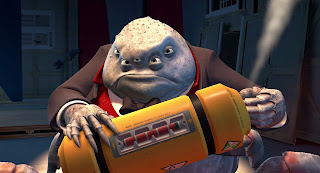 Teaching kids to question their leaders is important, it allows them to make hard decisions based on what they know and not just on what they are told; Pixar is one of the few studios making films that appeal to children, while also allowing them to look critically, even challenge the people leading them. Lotso may be a tyrannical ruler at Sunnyside, but we understand he's hurt by a past that made him hate children and new toys, he's not a one dimensional villain out to takeover the daycare while a kind ruler prevents him, because that would be too obvious, he has to be the kind leader to make his villainous turn more effective from both a film and message standpoint. By seeing Stinky Pete's kind advice to Woody turn into manipulation, Pixar's villain formula allows us to go back and judge for ourselves if Stinky Pete was ever positively leading Woody, (and by default us) to something right, we question the leadership. Pixar has perfectly nailed how to send their message of leadership that even the movies that don't feature villains tend to feature the idea as somewhat of an antagonist; Ever notice how Finding Nemo and Inside Out are against blindly following leaders? In Finding Nemo, the movie is set in motion once Nemo decides to rebel against Marlin, but rather than prove Nemo wrong, the movie goes out of its way to prove Marlin wrong; Inside Out also provides this idea, Riley can only be saved once Joy stops controlling all decisions, allowing Sadness to fix all the damage. So Pixar has a great villain formula, so great in fact, that sometimes the formula is just an idea in the film, not a character, which allows children to think about the people leading them and makes for great antigonists, what could be wrong? Well like all formulas, it has the danger of being formulaic. 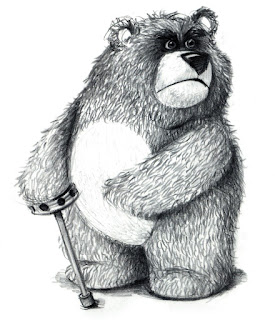 As much as I like Pixar, there's no denying that some things become a bit obvious at times, which isn't necessarily bad, but predictability breeds boredom. The last Pixar film, The Good Dinosaur, featured Thunderclap a villain who starts off kind, willing to help lead Arlo home, only to then reveal he's more interested in eating Spot;Thunderclap's introductory scene isn't bad in all fairness, the set up is nicely paced, the problem is after so many Pixar films we know where it's going, we know Thunderclap is going to be a villain, he's an older, kind figure trying to lead Arlo, the outcome was too obvious for me to get shocked about once it came. Going back a few films, Cars 2 also had an obvious villain, Sir Miles Axlerod is a kind, older figure leading the race that drives the film's plot, sure we don't find out until the very end, but knowing Pixar, we had all signs pointing at him. I want to be clear, I don't dislike these films for being formulaic in their villains, in fact I think both are fine movies, I do however feel like keeping that sort of predictability can hurt their movies eventually. If there's one thing that has me worried about future Pixar films is seeing them be formulaic with their movies, I like seeing the formula changed up, like how Inside Out didn't end up turning Bing Bong into a villain, despite it being easy to do so, hopefully Finding Dory and everything after plays with their own tropes like that. 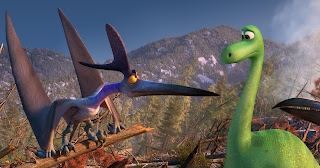 Pixar's villain formula is great, even if it's being used too often in a similar manner, there's no denying it is effective when other studios decide to use it. Up until recently, Pixar's approach to villains was different from Disney's, in that while Disney has usually had obvious, one-dimensional villains, Pixar doesn't, their villains aren't obviously evil from their looks (most of the time), they aren't just beings of hate, some legitimately think they're doing what's right; Disney recently has started using villains that follow the tropes started by Pixar more often since John Lassetter began leading them, which shows just how well Pixar does this stuff. While the villain formula may become formulaic at times, there's no denying it works. Pixar you've set a great standard for villains, and I cannot wait to see how your formula evolves.