This week we'll see the release of both Terminator Genisys and Magic Mike XXL, both sequels of very different films, one will win at the box office, the other will lose. When people ask which film I'll support, the answer is easy for me, I'm on team Magic Mike. 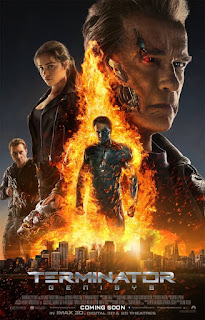 It's not that I badly want to see Magic Mike XXL, I just really don't want Terminator Genisys to succeed in any way. We've had every clear sign that the fifth film of the Terminator franchise sucks, the trailers give away too much and even then what they're offering isn't good. A seemingly bad film might not seem like a good reason for me to take such a stance,but then you have to remember that the third film in the franchise sucked, while the follow-up Salvation was so bad it made people believe that the third was decent by comparison; my stance feels justified when that comes to mind. Let this franchise get wounded enough that a sequel will be a hard sell for the many years to come, people we deserve better.

So does that mean I'm expecting Magic Mike XXL to be good? Not really, my expectations are pretty low given that I've never seen the first film, but you know what? Girls need their trashy fun every bit as much as men do, so yes go support the movie about the guys strutting their junk to the girls, it won't make you gay, it'll just come and go. Every dollar this takes away from Genisys is another dollar that ensures that we'll stop letting Hollywood continually make horrid films on a franchise that stopped being good after the Universal attraction, we need to end this.

Even if XXL isn't good I still want it supported, it's a movie that (at least from my understanding) is just trying to please women, an audience that rarely gets treated with the kind of junk aimed at us guys. Terminator Genisys is another trashy action flick (as if there aren't enough of them) that is guaranteed to suck that's not even aimed at guys, it's aimed at nostalgia because it only exists because some exec remembers how much money can be raked in by sticking a name without quality.We know this franchise sucks, we know that the last two films sucked, let it die, don't bring up the good old days, don't bring up the show (which sucked in my opinion) just don't support this.

Support the movie that at worst is just trashy fun for an audience that rarely gets trashy fun to call their own. My only hope is that audiences are wise enough to know there is no hope in Terminator's future, it needs to be put down. 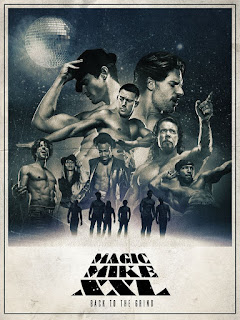 P.S. The only Terminator Sequel I want at this point is one that's only five minutes long, features Sarah Conner taking the T-800 out back, and gunning him down till he can't operate anymore, that should be the end of the franchise if they must do one more.

P.P.S.Spelling your title wrong intentionally also tells me you're not respectable enough for my attention.