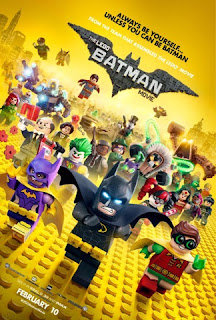 Oh wow, a good DC movie? It feels like forever since we got one those! 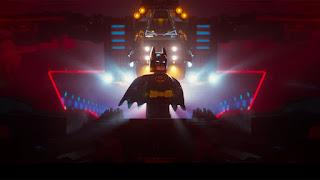 Joking aside, yes, it really does feel like a nice change of pace to get a wide-release theatrical DC film that is good, the last time we had one was at least five years ago, at least according to the public. For myself, this is the first good DC movie in nearly a decade, a wonderful gift for longtime Batman fans that manages to be among the best incarnations, I'm not sure if it's the best Batman movie, as it ends up feeling more like a counterpart to The LEGO Movie, rather than a Batman movie (which is understandable) but The LEGO Batman Movie is the best Batman movie in years.

Since the creation of the Marvel Cinematic Universe, I've been wondering when we'd see a rival to that, a movie universe worthy to compete with it, it seems we now know, the LEGO Cinematic Universe. Much like Marvel, the LEGO films seem to be built out of questionable pitches, could a movie about a toy property with no real story be good? Or a spin-off featuring a character from a different franchise that is currently still putting out live-action films, the answer in both cases have been yes, which makes me confident that the next LEGO feature will be good as well, despite being based on a property with little nostalgic value. Why LEGO has become this good can be debated, but from my standpoint, what LEGO has done right is simply one thing, they're not following Marvel's approach to their universe, this wasn't a build up to The LEGO Movie Sequel, nor did it try setting up The LEGO Ninjago Movie, it just told a story that happened to be set in the same world, that honestly sounds more impressive than it should.

I'm getting a bit side-tracked though, this is a review of this movie, not of the Cinematic Universes, so back to Batman. From the get-go, we know this will poke fun of the recent films, Batman is dark and brooding, a loner who wants no part of a relationship, which becomes the film's central conflict once Joker realizes he's not Batman's greatest enemy (as Batman puts it, he "likes to fight around"), leading to Joker's main goal, to prove he's a foe worthy of the Dark Knight. It's a silly plot sure, but it becomes a sincere commentary on the state of the Batman franchise. Things get more complicated when Barbara Gordon takes over the Gotham P.D., her stated goal being to bring the best aspects of Batman to a modern system (wink,wink) so he's working with a team, rather than being an ineffective vigilante. Add an accidental adoption of Dick Grayson, and you get a film that has messages for both audiences and the people making Batman stories, sure it's a tale of a man accepting a new family, but it's also a message for Batman writers to lighten up, add Batman's friends to the stories, there's nothing that hurts about adding the sidekicks, so why exclude them? It's odd how much more poignant the LEGO version ends up being, especially compared to the live-action takes.

Of course this is another film in the LEGO Cinematic Universe, meaning the animation is always a blocky delight to witness, in fact you can see how creative it can get once we start seeing more villains, you thought Batman's villains were the only ones on hand?  You'd be wrong as we eventually see the use of varying LEGO brands come to play, it's amazing and hilarious. The humor is also top notch, while it's debatable whether this or The LEGO Movie is better, this is definitely the funnier film. The writing style is definitely carried over from the previous film, sharp, quick jokes come so fast that within the opening minutes I was already in need of a break from so much laughter. Whether it's as far back as the original comic, or as recent as Suicide Squad, this movie hardly leaves any material untouched, even the Condiment King gets a shout out! How can you be a Batman fan and not love this film? You can't is the simple answer. 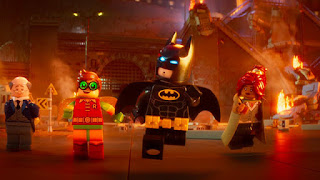 I can't stress this enough, The LEGO Batman Movie is the best DC/Batman movie in years. At once a loving homage and message for DC to lighten up already and tell entertaining. It's hard to say if this is the best Batman movie considering it's more LEGO than Batman, but this is the best version of Batman to grace the big screen, sorry Keaton, someone finally beat you. Go watch it already, you'll love it, trust me, I'm already ready to watch it again, it turns out everything is awesome with this Batman.