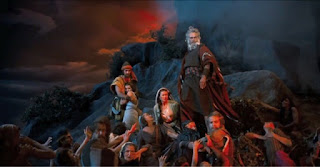 The short answer is obviously no, religion has no way of ruining a film, some films are even enriched by religion. However, religion has been a factor of some real stinkers in recent years. Whether it's the Christian films that force others to follow the same faith, or films based on the tales of certain religions, they seem more abundant then ever, but do they have to be so bad? So many just stop trying to be anything but, pandering crap to their people that it often feels like all religious films are doom to suck. Well I'm here to argue that religion can be good for films. 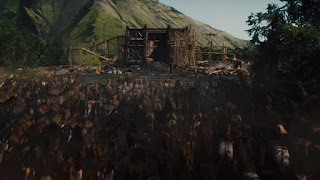 To start things off, I'd like to point out that I am in fact Agnostic, I do not align myself to any religion, I am, in fact, much happier not believing in a god. All that being said, I understand religion can be comforting for many, I understand that many feel better with it, so I will not tell anyone how to live their life, despite many from both sides of the equation being horrible enough to demand that. I bring this up so you can all better understand my viewpoint here, this is not a post that is for, or against religion, I'm just talking about whether or not religion in film is awful. I am Agnostic, I'm happier that way, so let it be. 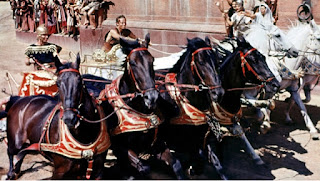 Now, religion in film has had plenty of good work before it, The Ten Commandments, Ben-Hur, Noah, just to name a few off the top of my head. Even films that use religion for fear like The Exorcist, or to comment on them like Sausage Party, are solid works. Religion and it's influence is powerful, after all, so much couldn't be said about it otherwise. This is how religion can be good for film, present a culture to the world, comment on the negativity, or positivity of belief, illustrate your tales to amaze a new audience, capture our hearts, make us fear your monsters as much as you do, all powerful forms of storytelling. Religion is powerful, which has created a lot of great things for the world of film and storytelling in general, it is a tool for greatness. 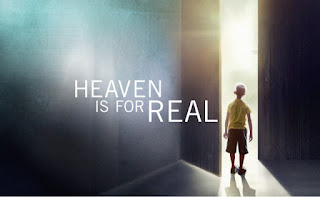 On the other hand, in recent years (though not exclusive to recent years) we've seen faith-based films that do nothing but bash those who lack faith, or do not believe in the "right faith", the supposed "right" being Christianity, which is rather annoying. I think what's hurt faith-based films more than anything, is the forced "this is right, you are wrong" viewpoint they now tend to carry. I know, any film centered on a specific religion is bound to be in support of it, I love The Prince of Egypt, it's pro-Judaism, so why is that different to say, God's Not Dead? Simply this, Moses isn't out to prove other religions wrong, he just wants the slaves, "his people" to be free, while in God's Not Dead, the filmmakers aren't just content with showing Christianity as a force for positive, they dehumanize atheists, as well make the one decent Muslim character reject her faith, largely because her father is abusive and overly tied to his religion, quite simply, that's messed up. Putting aside the hate for everything not Christian, that film, along with many others of its kind create this sense of persecution that is ridiculous. The government wants to stop your religion? Since when? You can't practice your faith in public? Not like that's stopped you before, plus what about the non-Christian religions that try to do so? That's what hurts so many of these films, it's less about someone wanting to create a film that inspires, teaches or just entertains someone about a certain faith, these films have to be war cries for selfish jerks to tell others to accept this one faith above all others, it's pathetic. 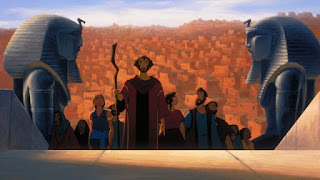 Does religion ruin films? Obviously not, people do. People with a lack of vision, or selfish people who desire to spread their wrongheaded message but not their art. In recent years that's all we've had, but there are some slight moments of hope. Earlier this year, I saw a film called Little Boy, it was decent about two thirds of the way through, with the third act being the big weakness, but the funny thing was that it wasn't forcing religion down anyone's throat, the main character is just told to have faith to bring his father back from the war, I kind of admire that. Noah was great, Sausage Party showed you can make a film on religion that is just meant to criticize it, without flat out saying those for it are wrong, I loved that. Religion can be a force for good, but so long as those of faith just use it to put down others, religion will continue being an easy punching bag in film, especially for those who feel marginalized by the supposed victims in those films.