THE MYSTICAL MJOLNIR:DBZ FAN ART AND #4.5-THIS GHOUL

So here's something cool I commissioned Maria Palacios to make featuring characters of my comic (The Mystical Mjolnir) in the poses of the Ginyu Force from Dragon Ball Z, enjoy! 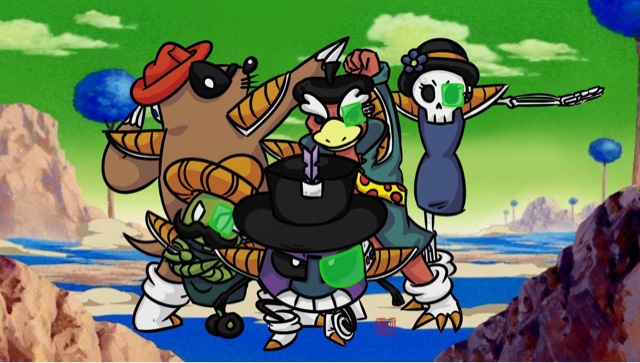 I ABSOLUTELY LOVE THIS! I know I've expressed my dislike for anime before, but I'd be lying if I said I didn't like some anime, DBZ was one I loved in my childhood, grew to hate, then regained my love for after watching the abridged versions (I'll make a post detailing that someday), and now I express my love with this. Again, Maria Palacios drew this, but I came up with the concept and choices for each character and whose place they take.

So who are these characters?

Mr.Tiki as Captain Ginyu- You've met him if you saw the last strip.

Roberto Robato as Guldo- Yet to appear, he's a robot that means well but is a nuisance to Mjolnir and Cetrine, largely because they make a mess of things, while he intends to fix said mess.

Mole Capone as Recoome- Yet to appear, a mobster who runs a lot of the businesses around the nation. He's no threat to Mjolnir, that is as long as Mjolnir stays out of his business.

Celebriduck as Jeice- Yet to appear, a former celebrity who was big during the golden age of Duckwood cinema, now a grumpy duck out to keep his wealth by any means necessary, even if it is harmful to others.

Shelly as Burter- A shy skeleton who secretly loves Cetrine, she'll be appearing soon, ready to fight Mjolnir to get to Cetrine's heart.

Also! Bonus comic (consider it 4.5) that was made entirely by Maria, featuring one of these characters, who has one thumb and is happy to be introduced? 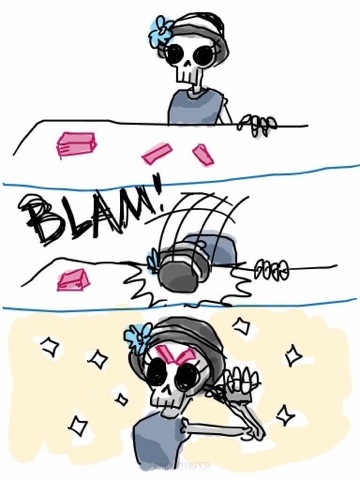 I  hope you support my work for comic 5!

Before you leave, check out some more of Maria's artwork here and here.