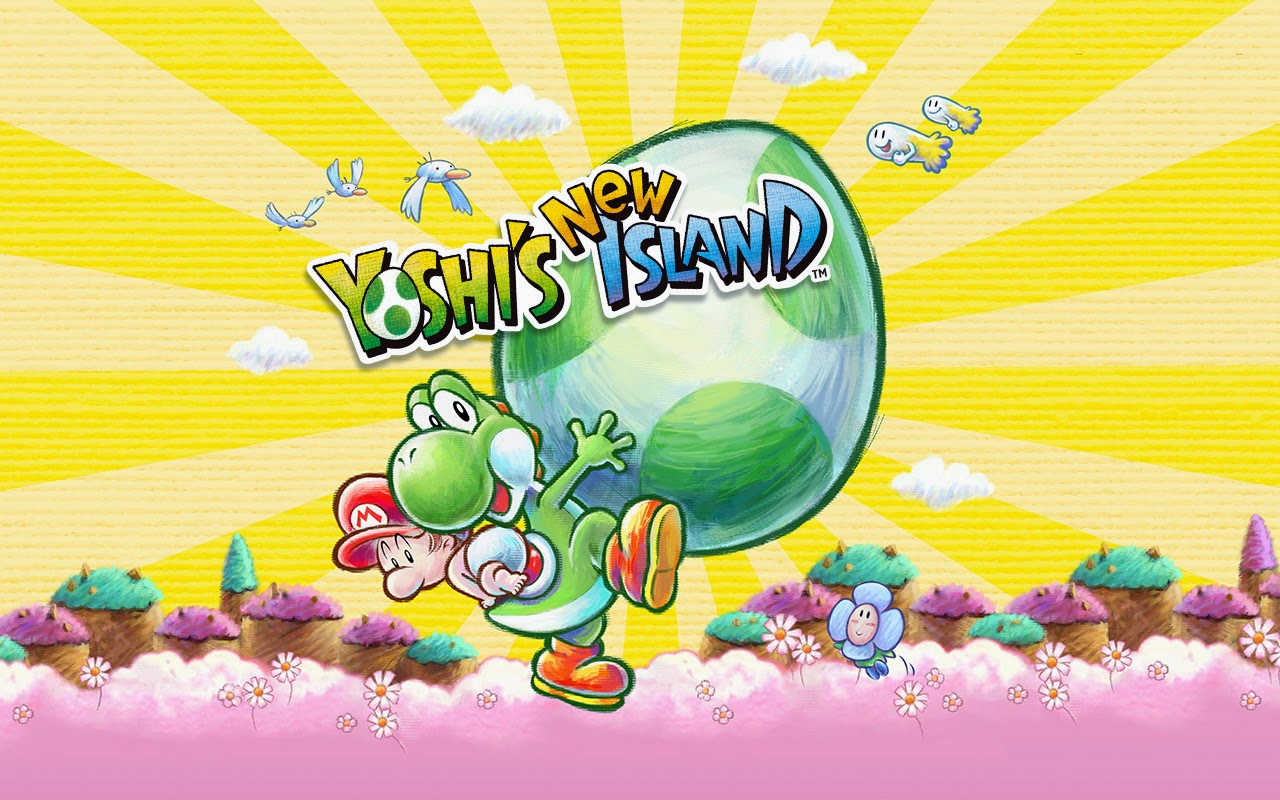 Synopsis- Yoshi must carry Baby Mario to stop Bowser and rescue Baby Luigi from certain doom, once more that is.

Nintendo usually pulls out great games when it comes to their core characters, the keyword there being usually. With a system like the 3DS, which had a phenomenal year in 2013, one would expect a Nintendo made title would set the stage for a just as good 2014.Yoshi's New Island is sadly not that title, being a rehash of the original, same basic plot (save baby Luigi) same mechanics, and just the same structure.

The similarities wouldn't be so bad had it not been for the other major issue, the gameplay is BORING, nothing in the game feels justified to make this exist.Stages go by too easily, bosses, though interesting in concept, never amount to much of a challenge,  the game will supply so little of a challenge, I doubt even beginners would want to play more of it by the time they finish the games short run. The game only has 5-6 hours of a single-player run, with very little else to even consider a replay, at a full 3DS retail price this is just not worth it. Having a reduced price would help but to be completely honest, not by much, even if the price matched what was offered, the game doesn't have enough entertainment qualities to even justify buying it at a reduced price.

There's few good points, Yoshi plays well, that if dropped in a better game this would be fun. The Level design though simple, is beautiful, it's just a shame that the character models had to look so ugly. Simply put, crayon designs and 3D do not mix, at all, it just makes everything look dirty and unfinished. Gyro controls also work well, despite hardly ever being put to use, but they're charming when they appear. On the whole the things that work, work well, but it's not enough to justify a purchase, only the hardcore dedicated fans may want this, and even then at a lower price.

Yoshi is a fan favorite amongst the Mario cast, sadly Nintendo did not consider to do much justice for the fans while making this game.