Professor Layton & The Azran Legacy-A Finale for the Professor 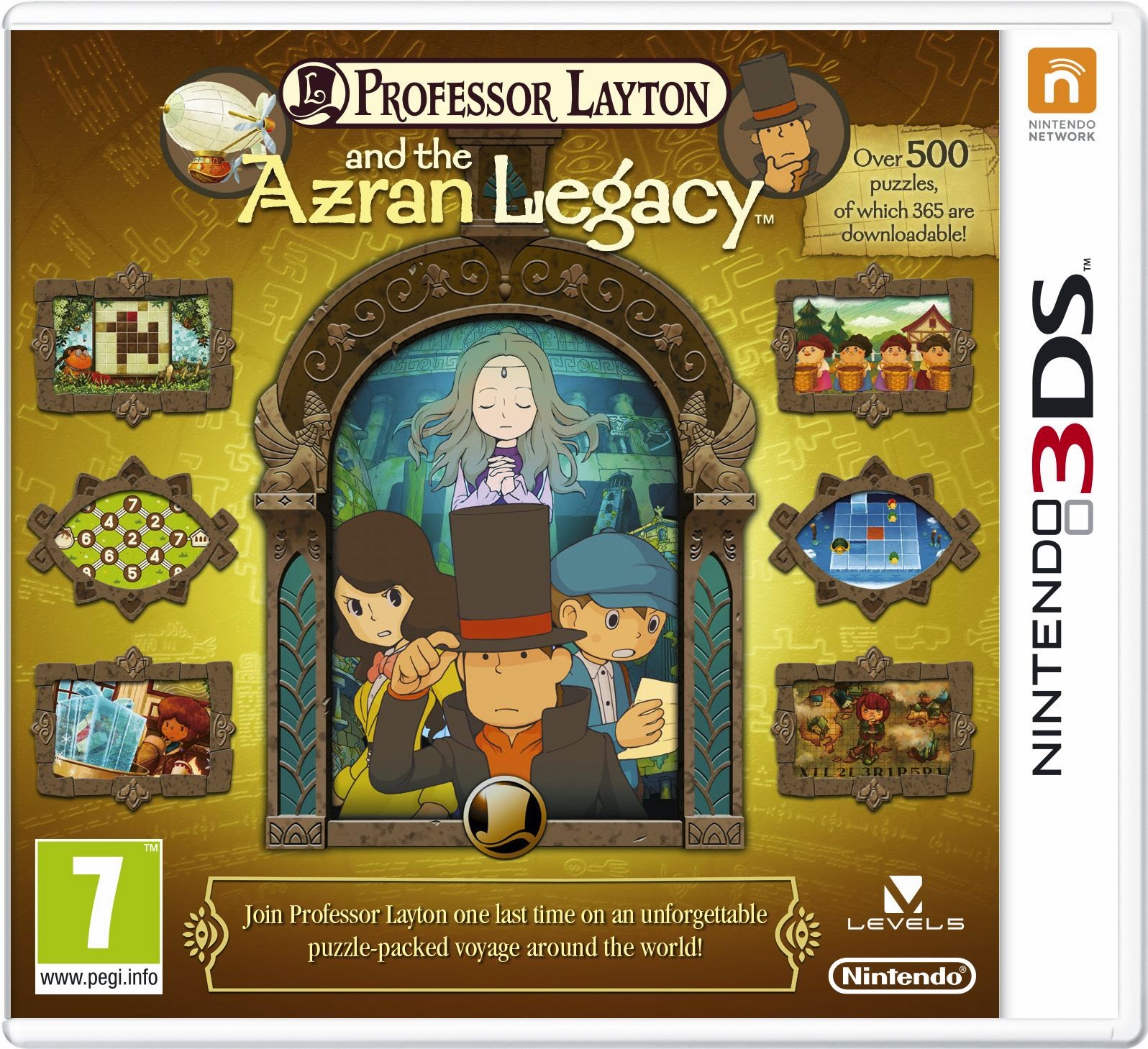 Synopsis-Professor Layton must recover the lost treasures of an advanced civilization from the past, with the help of assistants Luke and Emmy, as well as an Azran girl unstuck in time named Aurora and a mysterious Professor Sycamore. Evil however, comes in the form of Targent, an organization  desperate on finding the Azran truths themselves, making for the darkest in the series so far.

Nintendo has brought many gems in the world of videogames, one of it's most recent was the Professor Layton Franchise. Beginning in 2007 (2008 for the west) the franchise has had some of the most fun and engaging games to ever grace the handheld market, it's been a fun ride but all good things must come to an end, thankfully, Layton provides a great send off for us.

Much like it's predecessors, Azran Legacy's main gameplay is handled through touching various objects, locations and people, resulting in puzzles that are sure to make you think harder then you will in most video games, creating a fun adventure that will make you feel smarter for having gone through it. Some puzzles may get trickier to solve,  but the game helps you in those cases, providing useful hints to any puzzle. It may seem a bit weird, but once you get the idea, the gameplay keeps you just as interested as one would be while waiting for the next piece of animated cutscenes to come by. The main story will take up to ten to thirteen hours to complete, but don't fret, the game provides plenty more puzzles and content to find even after you've beaten it's main story, resulting in a great package worthy of your time and much more.

If there is one major weakness to the game is it's story, more specifically, the search for each of the Azran eggs. Nothing really bad goes on here, but it's a weakness because it's here where the game becomes more episodic, unlike it's predecessors, this one features five mini mysteries that feel more like concepts of episodes for a Layton show then they do as part of the main story. None are bad, in fact they all keep the interest up, but it does distract from the main plot which makes it feel a bit disjointed at the games final stretch which hasn't been seen before in this franchise. Otherwise, the story here is magnificent, and you know it works when even the minor subplots are good in their own right.

From a visual aspect, everything here works, but if you were expecting to see great 3D effects, this may not be the game for you. Also great is the voice work, more games should look at games like this to see how to do it right. Professor Layton & The Azran Legacy is a good swan song for the series.