It's been a while since I've done one of these huh? I do apologize, but if you do read, nows the time to let me know, after you're done here, check out my other works, look at my comic, consider becoming a Patron,  and comment your thoughts, or hate, I can take it.. 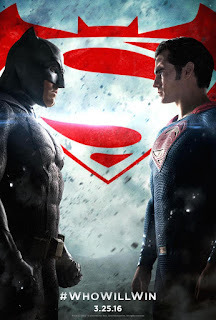 Let's be perfectly clear here, I love DC comics, I love DC shows and I love good movies, which is sad because aside from a few gems, DC consistently makes bad movies. Batman v Superman:Dawn of Justice is DC's newest piece of shit, and in many ways, it feels like their worst one so far, it's not just a bad movie, a poor representation of their universe, a worse continuation of Man of Steel, or a charmless two and a half-hour experience; it's a poor representation of what the superhero genre could be, a boring, cluttered mess, an insult to everything Superman, a joyless, predictable film, where the film's director (Zack Snyder, who has yet to make a truly worthwhile movie) mistakes random pieces of comic history as being true to the source, and the worst part for me, is that this is the movie that broke my heart in ways that no film ever has, I absolutely, despise this fucking movie.

The first thing people ask me, (well anyone actually) regarding movies, is whether or not it was good, followed by what the good or bad stuff was in the movie, this is a movie so bad, that it's hard to pinpoint what actually is good, because even the good stuff come with some kind of caveat. As I sat in the audience, consistently putting my head down in shame, there were some "bright spots" in the film, namely Ben Affleck, Jeremy Irons and Gal Gadot, even if there are issues with their characters, I did feel like they all could be really good if given the right material, in fact, Jeremy Irons, actually is perfect has Alfred, the only issue with him, is that he's only in the film for a few minutes, to the point that if he were cut from the film, there would be little difference. Remember when the internet lost their minds over Affleck in this film? They were wrong to have complained as much as they did, but to be fair, despite Ben giving it his all, Batman is a problematic character in this film, there's a basic understanding of the character, but aside from being the deadliest take on the character (literally), this Batman is one of the dumbest versions of the character, so stupid, that his weakness is (SPOILERS!!!!) meeting someone with a mother named Martha, yes you read that right. I understand why most critics have come out loving Wonder Woman, hell I'd be lying if I said I didn't want to see a movie about her after this, but she is pointless filler in this, her real purpose in this film is to remind you the Justice League is a thing, also show you the super cool (but not really) teasers to what may end up being shitty versions of classic heroes... Also Aquaman holds his breath underwater, which still weirds me out every single time I think about it, I mean did they not have time to work on the effects for him? Or is this version not even gonna be able to do that? It's gonna make his superpower of talking to SpongeBob and Nemo that much less useful if he can't even breath underwater, that's for sure. Acting aside the only other thing I kinda liked here was seeing Man of Steel from Bruce's POV, it's the only scene with any kind of emotion to it, but even that is kind of ruined just by being a reminder that Man of Steel really fucked with my favorite DC hero.

At this point, Zack Snyder should be kept away from movies, especially ones with Superman, Supes is a character of hope, an inspiring hero, one that I didn't fully grasp and enjoy until my late teens, but once I did, I felt ashamed to have disliked throughout my early years, these movies aren't just a bad representation of the character, they're a huge fuck you in the face of one of the greatest characters in fiction, so excuse me for repeatedly expressing my distaste for this shit, but trust me it's well deserved. This version of Superman is hateful, careless, and destroys the hope he "stands for", he's an idiot who does nothing but destroy, in fact his entrance into this film, features him punching (pushing?) a normal man through buildings in such a fast pace, I honestly believe he killed a normal person with his super strength; and no, I don't care if that guy was threatening to shoot Lois, not a single version of Superman (good versions of course) would have put that much strength on a normal person, Superman isn't an idiot, he knows how to control himself, hell, control is a major part to who he is, he doesn't handle the common thug the same way he handles Doomsday. In Cavill's last appearance, we didn't see him save much people, to rectify that, we see him saving people here, but only in a montage where Superman, looks so disinterested, you have to wonder why he even bothers, I'm not saying Superman should always be cheerful, I'm just saying he should look like he wants to do this, but fine he saves people, yet I still feel like it's off; wait, I know why, because people seem to trust him despite leveling Metropolis (don't you fucking start with "the Avengers do that too", we see them save people and trying to stop the destruction, something this version of Superman can't do, either he's beating people up, or he's being a depressed shit about saving people) and this film does nothing to truly address that. I could've forgiven this Superman had he actually learned something from his destruction, or if this film had revealed that he was secretly under Starro's control (look it up), but nope, Zack Snyder continues to shit on this character, and worse than that, if you think this version is shit, Snyder, will tell you that you're a fucking idiot who needs to read more comics, because this Superman is true to the classics in his mind, so true that he considers murdering Jimmy Olsen a fun way to play with that character (I think the interviews Snyder has given is more interesting than the movie, if only to showcase that the man may in fact be an idiot regarding comics, and that he may also be a murderer given his comments on it), so you know what kind of filmmaker Snyder is by that assessment.

As far as the rest of the cast goes, no one does anything worth bringing up, which is an issue, because a movie with a huge cast should have a lot of noteworthy performances, here we either get a bland forgettable, stupid Lois Lane, a Perry White who is barely in the movie, and mainly just to say things that offer nothing to the movie but "importance", and a bunch of other characters who do nothing but talk "serious", but hey if you were looking for one more noteworthy character, there's Jesse Eisenberg, a crazy Lex Luthor who is the most annoying piece of trash in this movie. Did you think Jesse was wrong for Lex in all the footage released? You were more than right, Lex is an annoying variation of the Joker here, it almost feels like Zack decided to make Lex a smartass just to shit on the competition, "you like those quips the Marvel heroes do? Here's my bad guy, who quips, see they're douchebags" except he forgot that the best villains are still fun, not annoying, to witness. Much like, Clark and Bruce, this is the dumbest version of Lex, his master plan of creating Doomsday makes no sense, aside from it being a way to recreate The Death of Superman from the comics, which may seem like I'm spoiling this movie, except the trailers revealed Doomsday, and any fan knows that there's only one reason to bring that hack of a villain.

Make no mistake, this is a two hour trailer, followed by a crappy fan film in the last half hour, the story is nonexistent, despite the plot continuously trying to come through, and once we get to the recreation of The Dark Knight Returns and The Death of Superman, the film just rockets towards the climax, with so little passion, that what's supposed to look like fun action, just feels boring and meaningless. Defenders of this movie may say it's good for "being different", which is fine, everyone is entitled to their opinion, but as for me, being different means nothing if the movie is a predictable mess that ruins the characters they're bringing to life. I hated this movie, not because it wasn't comedic, but because it lacked joy, I hated this movie, because being "serious" apparently means ruining everything that makes characters likable, I hated this movie because the story was replaced with advertising the next few years of DC movies, I may love Marvel, but I don't demand every film be like theirs, I do however demand films be good, this isn't by any means, it's a jumbled mess, meant only to appeal to the hardcore DC fans who don't care about anything but references to classic comics and just seeing beloved characters on screen, regardless of the treatment. I can complain about this movie more, I imagine I will, but for now all I can say is Batman v Superman:Dawn of Justice is the worst superhero movie I've ever seen, from a technical aspect it may be better than a lot of others, but from an emotional standpoint, I hate this movie so much, it broke my heart, and the more it sinks in, the more it breaks.