I enjoy the Kingdom Hearts franchise, sure the story has gotten insanely stupid, but the gameplay is just too much fun. I've thought about what worlds I'd like to see in the upcoming installment, even if  most of these won't get in due to how odd they may be, I think they'd be fun to witness. Before I begin my list I'd like to say that this is my list, if you disagree that's fine, but please don't insult me for my opinions, just comment what you think is more deserving for the game, while respecting my opinion, that being said, here... we... go.

1.Xandar From Guardians of the Galaxy

I know this probably isn't anyone's first choice for a Marvel property, but I think it's well suited for the franchise. The Guardians can be best summarized as the rogue heroes of the Marvel universe, sure they're not evil, but their actions aren't exactly perfect, having a level where Sora's more innocent group goes at odds with the team before eventually teaming up may be a fun one. While most people would prefer New York so the more popular heroes can appear, I feel that may get too overcrowded with heroes to have a need for Sora and the gang to step in; though an Easter-Egg portal to New York for a Chitauri Army fight would be a cute enough thing to include. Another reason why I went with this world is because I originally wanted a Treasure Planet level given the planet hopping nature of that movie, but the thing is,that can easily be done here as well with small trips to Morag and Knowhere, so yeah let's get this world instead, it's got planet hopping and it's a Marvel world, a double-win in my opinion. 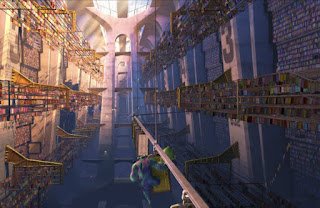 Make this the hub world! Aren't we all tired of the gummi ship? Simple solution, make the path to new worlds be the doors in Monster's Inc. I think this world would be a perfect way to eliminate the biggest weakness in the series thus far. Sure, having doors take you to other worlds might cut out some tension to getting to new places, but realistically, no one plays the gummi levels unless it's needed. I think the best thing aside from transportation that can be brought in here is maybe a look at what happened after the movie, have the story deal with what happened after Sully reunited with Boo, it'd be a nice enough reason to get into this world, at least in my opinion.

3. Muppet Studios From The Muppets 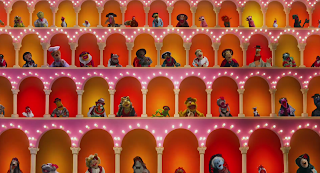 I AM SERIOUS! I believe a Muppet based world would be the right amount of fun if done right, given that previous installments have made the 100-Acre Wood the mini game world, why not introduce a new one for us to enjoy? I can see a lot of mini-game potential for a stunt show starring the Great Gonzo, a "Pigs In Space" skit; in fact there should be a mini game where you deflect the heckling of Statler and Waldorf, while Fozzie is on stage doing stand-up. Bonus Points if the level ends with heckling the player for taking too long on the stage.

I'll be honest, of the recent Disney animated features, Wreck-It Ralph is my favorite by far, I may not be the most hardcore gamer out there, but the movie hit so many sweet spots for me that I'd be disappointed if this weren't included in some form. I'd imagine most of the level would take place in the Sugar Rush area, but it'd be great if they can squeeze in mini-games involving the other two game worlds that appear in the movie. The coolest thing that could come out of this would be the Cy-bug/Heartless combinations, though a mix with Sugar Rush environments may make them even better to look. The only downside here is that a lot of the video game cameos would not be here, though given that a lot of Disney characters have not gotten their own worlds I suspect they'd fill in the void while looking like their Disney Infinity counterparts. Of course the twist for this level is that Sora and the gang break down upon realizing their life is a game... 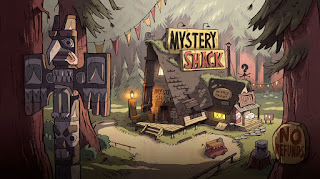 If there's one show that deserves to be in Kingdom Hearts 3, it's Gravity Falls, the show has done a wonderful job setting up mysteries, in fact much better than Kingdom Hearts has. The story in this world should be entirely new, making it feel like a sort of lost episode for the show would be a fantastic way to go about it, as well as fresh. I'd like to think that if this were to be a level it could be a vital one, wouldn't it be a nice twist if Bill was revealed to be pulling a lot of strings? I think so, plus a boss fight with him would be humorous. Also a hidden boss fight with the Gnome army must happen, it just has to.

Well those are my choices, hope you enjoyed them and comment on which world you'd prefer.