Every now and then I get bored, in those times I'll think about a lot of things, read a lot of things and think some more. One of my favorite things to read about are fan theories, even if they're bad, or clearly wrong I can still get a huge kick out of them sometimes. Today because I've got some extra time I'd like to present a few crazy theories of my own, I'm not sure if any of these have been made before, but I hope not as I don't want to seem like a copycat. I must admit none of these theories are incredibly well thought out, but I hope you enjoy them, I've thought about them for a while so please sit back, relax and enjoy.


1.Lisa Is The Dumb Simpson 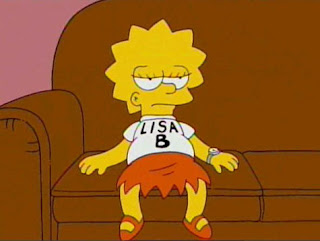 Everyone's seen The Simpsons by this point right? We all know Lisa is the smartest one, but what if she wasn't? Think about it, Homer has been successful in almost every occupation he's taken throughout the show (except for his main job oddly enough) and at one point even calculated the exact date of when the Rapture would happen, plus if he were as stupid as we're led to believe he probably wouldn't have survived every single misstep he makes in the show. Bart is incredibly street smart, and despite committing a lot of stupid antics (which are honestly common for a kid his age) he manages to outwit Lisa with many pranks, you'd think Lisa would be smart enough to avoid most at this point. Maggie should be a no brainer, she knows how to use various types of firearms, has been able to use her age as a way to avoid any serious punishment, which makes it harder to believe that the show has never bothered showcasing her as a psychopath in a future based episode, remember Maggie is a baby, she is capable of so much more than Lisa has ever been showcased doing as a baby. Marge is the family member Lisa often looks for when wisdom is needed, on top of that Marge has showcased various talents, especially in the art field, while Lisa has at many times made choices and actions from an 8 year old approach, in fact, multiple instances have been made showing that when Lisa is challenged by something knowledgeable she will likely retreat the second she feels dumb. As a bonus, just remember, when Lisa skipped to the third grade her knowledge showed weaknesses, while her perfect grades were mentioned to be the result of her teacher rarely actually grading her.

2.The Jetsons Are Futuristic Because They Come From A Smarter Timeline 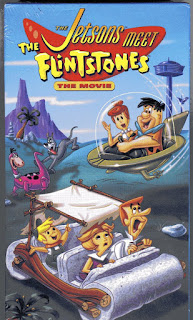 Okay we've all heard that theory about the Flintstones and Jetsons being in the same timeline, it's a bunch of bull considering the above special, sorry, fun as the thought may be it falls flat. However given that we know they exist in the same universe had me pondering one thing, because their universe was smart enough to have modern like technology in the caveman era, could The Jetsons be as advanced as it is because they come from a smarter universe? Remember, while the year is not specific in the show (we know it's anywhere between 2000 to the 2060's), the tech is certainly too futuristic compared to what we have now, so if the show were to take place in 2000, which was a year most people hoped would bring a flying car; than that would mean they are far more intelligent than we are currently. Even if the show does take place in say, 2063, it wouldn't matter, at the rate we're going chances are they'll still be more futuristic, the reason is that the caveman in their universe were smart enough to create primitive versions of 20th century technology from our universe, so yes, the Jetsons and Flintstones live in a smarter universe.

3.The MCU Is Tony Stark's Coma 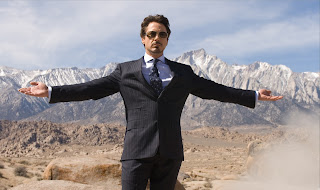 Every fan theory list needs the coma theory, so lets cut to it. Tony Stark got in a coma after the opening of the original Iron Man, the military actually rescued him after the event but Tony just can't wake up, he keeps dreaming that he became a part of a bigger universe comprising of characters he heard about or saw on TV all those lonely nights as a rich kid. This coma theory explains why unrealistic things happen in a real world, it explains why there are plotholes, inconsistencies, as well as well as why the Avengers don't solve every problem as a team in the solo films, it's all some guys ideas of adventure and fun, it's not real. Coma Check.

Conclusion
That's all for now, I'll probably make another one of these, after all I still need to go more into detail on that one weird post I made. Either way I had my silly fun, tell me what you think, and if you've heard these theories let me know, cause I just thought it up so maybe great minds just think alike okay?I swear I didn't try to steal anyones B.S. thoughts on fiction, I promise, see you next time.