20 YEARS LATER-GET OVER THE ORIGINAL POKEMON

I know what you're thinking, yes, despite having some lame ideas for Pokemon, the franchise is at a better place than it's ever been. Yes even if one of the little monsters is based on trash, I still think Pokemon is better now, than it was when I started playing Red Version all those years ago. Keep in mind I'm only talking about the games, which better represents the franchise, not the mediocre cartoon, sorry if that offends you. 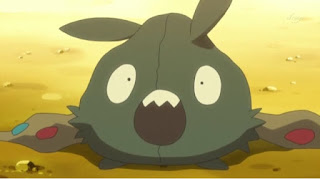 I know what you're thinking, "the original is the best" or maybe you wanna say that all Pokemon after Gen 1 suck? Look I get it but Gen 1 wasn't perfect, both in gameplay and designs, sorry Voltorb fans.

Of course, I know one of you wants to shut me up by telling me how great the anime was, I don't think it was, sorry, I grew up loving it too, but revisiting that first season did no favors to it, granted it hasn't gotten better. But, that's a topic for another day, I just want to address my stance on the show since it was my entry point, as well as the entry point for many others, so there, as stated in the intro, I'm more focused on the games here.

Pokemon, is one of my favorite videogame franchises, I'll be upfront in that. I don't play a lot of the spin-off titles, but as far as I'm concerned, the main series Pokemon games are among the most enjoyable experiences I've had. From Gen 1 to now, I've played them all and can easily say my favorite is Gen 5, as it is the one to reignite the joy I had partially lost with the prior two generations, sure the designs are some of the weakest, but the good designs for Pokemon are great here, and the story is the best the franchise as ever offered, in fact this feels the most fresh the series has ever been since the original game. It's fantastic, yet many disregard it because it's not the original 151 Pokemon,which quite frankly, is lame.

Opinions are just that, I know, but honestly it's time to end this nostalgic grip on the original Pokemon, not all of them were perfect and you know that. Voltorb and Electrode are lazy designs (though not ugly of course) that only exist as Pokemon who trick you into encountering them. Exeggcute is uninteresting, as is the evolution (who surprisingly looks better in the newest region), but there's no denying that Ditto succeeds on its gimmick, and not for its awful design. My point is that even the original 151 Pokemon weren't perfect, which carries over to the game itself.

There's no denying that the first game(s) are classic in their structure, after all the following games follow that same structure, but I am glad that the upcoming Sun and Moon seem to be straying from that formula at long last. There's only so many times the same story can be used before it gets annoying, and while I think Gen 5 and to some extent 3 did it better than 1, yeah it should stop being the only framework for the series. Of course all the following generations have improved the mechanics, but to me the worst thing about that first game is the reliance on TM's, and the slow traveling in it, yeah it's not the only RPG with walking as its only speed, but admit it, you wish you could run through it.

Perhaps my biggest issue with gen 1 love though, is probably how little the other generations get in the way of attention. I love mega evolutions but why do most seem to be for gen 1 Pokemon? In fact the upcoming region (Alola) is introducing new variations of classic Pokemon, yet so far it's all been gen 1, why? Is the idea to only please classic fans? I've been a fan since gen 1 and I want more variations of Pokemon from other generations considering they all have great Pokemon to offer, like imagine an Alolan Absol, or an Alolan Wobbuffet that is bulkier, honestly I think the other generations need more representation, especially considering that Pokemon Go isn't representing them anytime soon. Get over it and embrace newer designs, you'll find a lot to love if you go beyond 151.

Your love of Pokemon can honestly be stronger if you embrace the entirety of it, the ideas,the designs, the possibilities are vast, but instead we only cling to the classics, resulting in The Pokemon Company catering to that set more than anyone, which has probably limited the series more than we imagine.