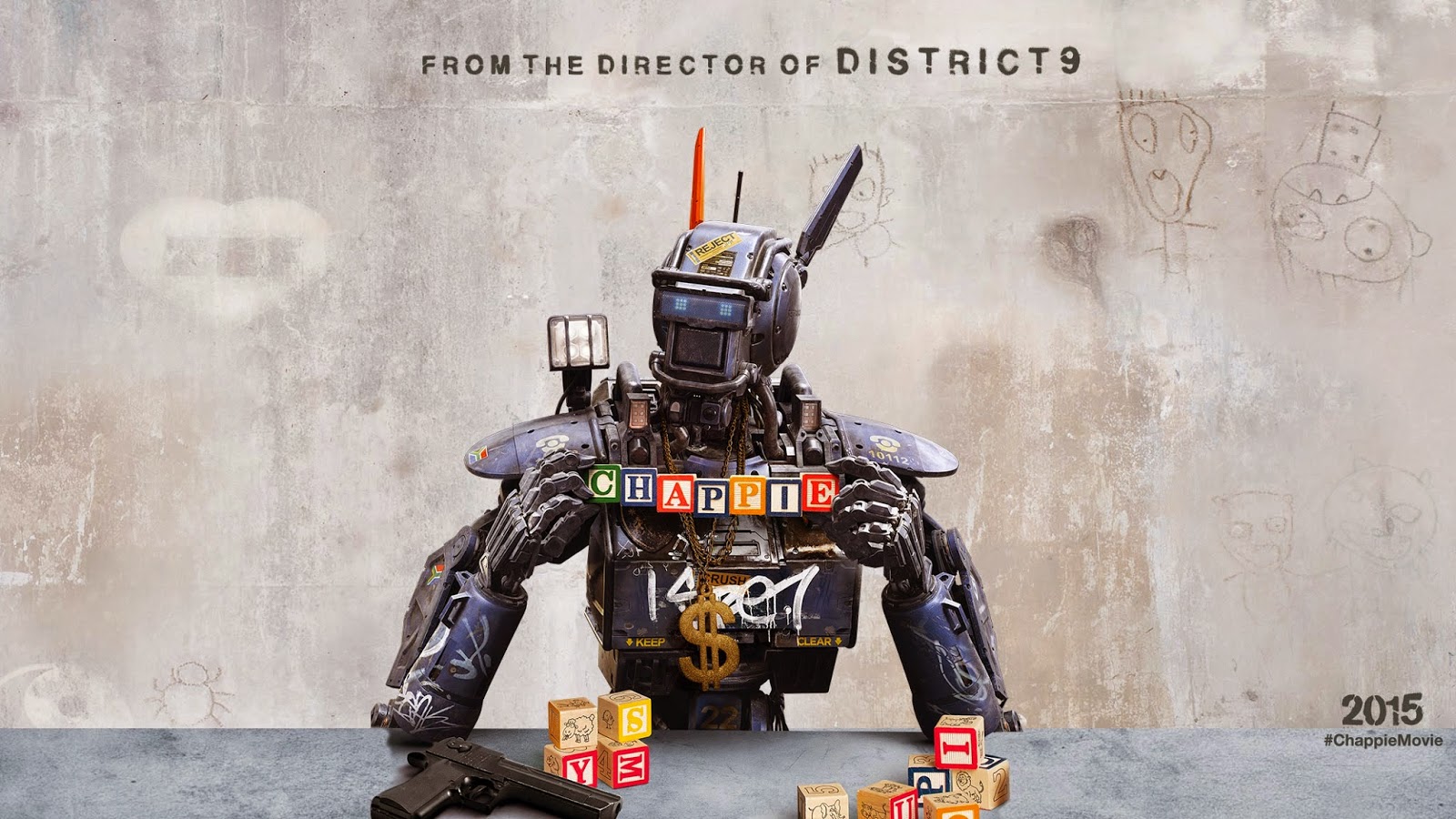 Synopsis-In the near future, Johannesburg has installed a robotic police system, but creator Deon Wilson sees potential in more upon creating the artificially intelligent  CHAPPiE. CHAPPiE must learn and grow in a world that hates his existence, with a choice between being artistic or dangerous.

It has problems, loads of problems, the movie could probably do better with the removal of its villain and as I think of it more, probably even CHAPPiE's creator could have been removed as CHAPPiE considers his parents to be two of the gangsters he lives with not Deon.CHAPPiE ought to be better, but it's a mess, a very noticeable one that I still recommend watching regardless of its own shortcomings. The saving grace here is CHAPPiE himself, a marvel to look at, as well as an entertaining character in his own right, his innocence, optimism and all around childlike behavior is what tips the film to a positive. I believe that the film would've worked best if it had scraped more in favor of just presenting its title robot understanding the world with his parents (played by Die Antwoord's Ninja and Yolandi Visser) as the film works most when CHAPPiE is being nurtured by Yolandi, while being thought to be "cool" by Ninja.

There's no denying that Neil Blomkamp is not the auteur we hoped for, but he can still find ways to keep his work interesting enough, visually anyways. Aside from CHAPPiE, the work brought on by the action and camera work is well done, there's a style to it that gives me hope that one day Neil will get himself together enough to not turn into another M.Night or Wachowski, Neil has the talent, he just doesn't seem to know how to channel it right. So much of the film is made tolerable because of its robot lead, but the visuals help provide some of what keeps it all afloat.

Much like Blomkamp's previous films the settings and themes are similar, upon watching the film it's not as much of its problem, but it would be nice if he can move away from it. There's a sense that he wants to recapture his District 9 success, but I'm not ready to say that's fact yet, I'd still wager that he hasn't figured out how to go further away from his norm, but he needs some guidance much like CHAPPiE.

It's not a great movie, it's not a bad one either, but CHAPPiE worked for me, there's just more than enough to undo its own short comings. I hope Neil can get himself together in the near future as I still see his potential at play here, but potential won't always guarantee greatness if he doesn't learn. Give CHAPPiE a watch, the robot alone is entertaining enough to cover some of its weaker spots for the most part.