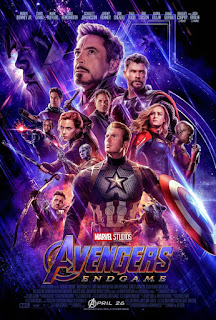 
Look, do I even have to tell you whether or not you should watch this? We all know you will. After 21 movies, a decades worth of work, are you seriously gonna tell me that you need my input on whether or not you’re gonna watch this? Yes? I’m flattered, I don’t buy it, but I’m glad you’re trying to give me your attention. As the title says, this is a no spoiler review of Avengers:Endgame, so feel free to read the whole thing, unless telling you that this exists constitutes as a spoiler, which apparently it does for some. In short, yes this is good, great even, not as much as Infinity War, but I highly recommend it if you must know.

To catch you up, this takes place after Infinity War, obviously, so Thanos succeeded, the heroes lost and now we’re seeing the fall out of that. The trailers have pretty much told you everything you need to know, the good guys are sad, but maybe there’s hope. Going any deeper to the plot would be giving the game away so I’ll refrain from it, what I can say it’s not that much more complicated, but there are twists and turns. What really struck me about the plot is how smooth it flows, despite clearly being multiple movies worth of story, it’s always natural, even when it starts to feel long in spots. I enjoyed the story, but it will not surprise me if others get much more tired about it, again, none of it is bad and it’s smooth in pacing, it’s just also 3 hours and a lot of plot, simple, but a lot.

At this point I don’t think anyone needs to be told the cast works, we’ve followed these people for years, they are the characters and we love them. I’d imagine some people might walk away more impressed by some over others, in fact I expect an awards push for Robert Downey Jr. but I’d argue Chris Hemsworth gives the best performance here, we actually believe this is the outcome of a man who failed.

Beyond the leads we do see some great moments from the supporting cast, nice highlights that fill the movie. Giving away exactly who appears and when would obviously be spoiling the ride, so instead I will say this movie is full of highlights for the longtime fans. While the movie works on it’s own overall, compared to most of the previous films in the franchise, this does require some prior knowledge to fully appreciate it, which isn’t bad, they’ve earned some nice fan service, it is just something that hurts this a little more than the previous installment. Quite a lot of people mentioned that Infinity War required a lot of prior films to understand, I disagreed because I did feel the basics were explained, while the spots that weren’t could be easily waived off by newcomers so long as they understood it was part of a series. Endgame rewards longtime viewers with emotion and spectacle, but if you are new you might just miss the emotion, it’s not to the point where it becomes unwatchable, but I do feel like it’s mandatory to watch a few movies before getting into this, compared to the previous installment where I’d only suggest it but not demand it. It’s all the highlights that people will love, so I imagine everyone will be celebrating this too much to care, but I do feel future rewatches might weaken the experience for some.

Personally, if I were to rank these movies I feel like this is among the best, but it loses a few spots because as a celebration of the company it’s certainly great, but as a movie you can just get into it is not. Think of reunions, anniversary specials, or compilation sets, it’s fun, I highly recommend it to long time fans, newcomers might even find some fun, but without prior attachment some strong emotional beats, exciting moments, or story beats won’t land as well. Infinity War, despite dealing with similar issues, found a way to work on it’s own, focusing on Thanos’ arc, but now that we’re wrapping the arcs of various heroes it becomes a little harder to follow with this one film. Look, you’re gonna watch this movie anyway, so yes Endgame is great, I’d argue it’s overall the second best film when compared to the other three Avengers films, it’s fun, I laughed, I nearly cried and it pays off a decade of stories. My issues were minor, largely centering on the reliance of the other films, but it still works enough that it’s hard to believe, I’d honestly give it Best Picture, regardless if there’s other movies I prefer this year, it’s that good and the risk it took to making something like this is deserving of recognition, it’s an achievement I never believed possible.