The Adventures Of Tintin-Raiders Of The Lost Unicorn 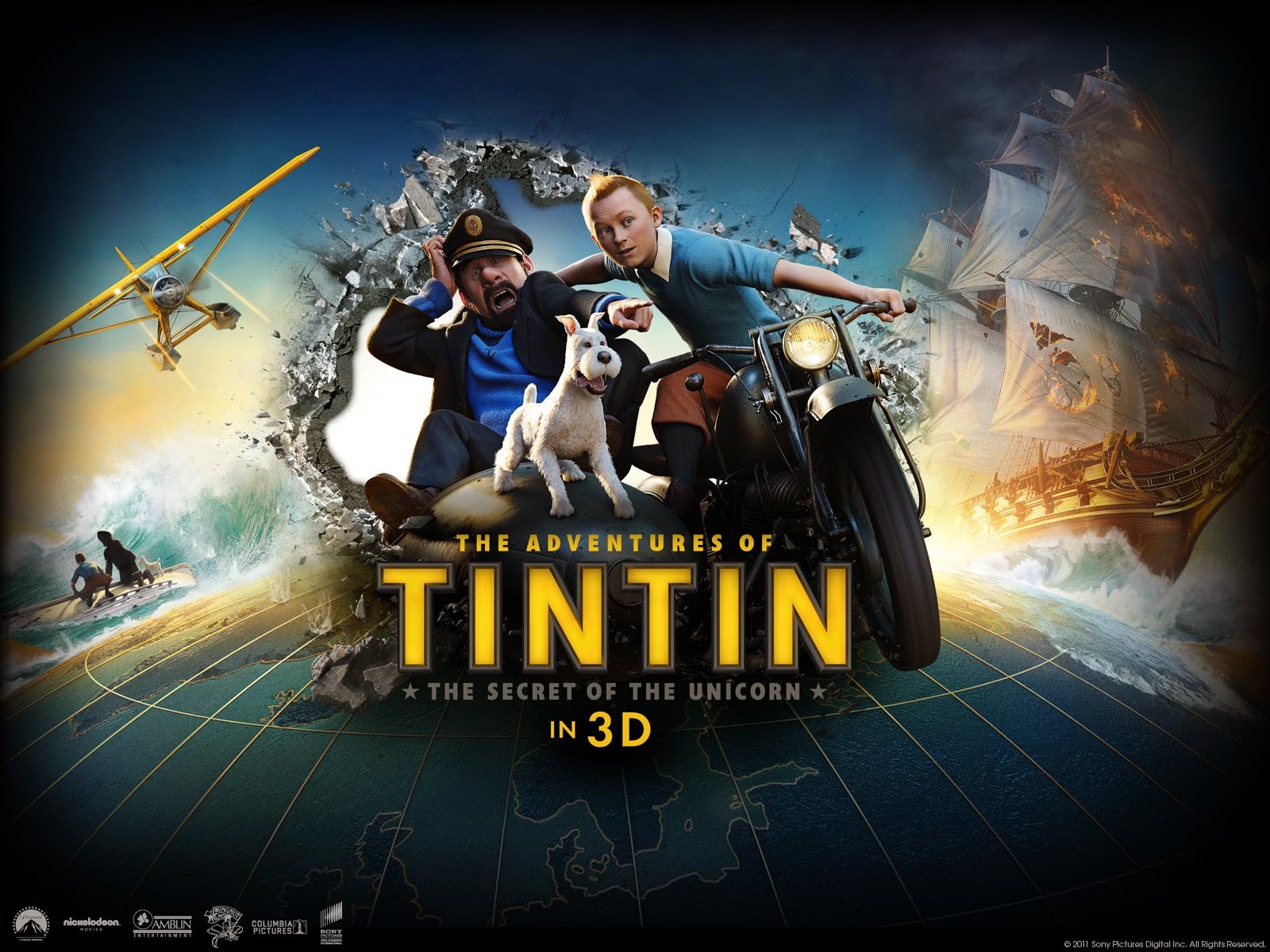 Synopsis- News reporter Tintin teams up with an often drunk sea captain, Captain Haddock, to uncover the truth about the mysterious secret of the Unicorn. Danger is around every corner, in an adventure that will take them across the world and even the history of it all.

The Adventures of Tintin, originally a comic that began in the late 1920's, created by Herge, had multiple  film adaptations in the past, all of which the creator did not like. 1981 comes around and Steven Spielberg  releases his huge hit, Raiders of The Lost Ark, a movie that some compared to Tintin's adventures which would lead to Spielberg becoming a huge fan of the comics, seeing it as Indiana Jones, but for kids. At around the same time as Spielberg's fascination grew, so did Herge's, who was in turn becoming a huge fan of Spielberg feeling he was the only man who could do his character any justice. Sometime after Herge had passed away in 1983, his wife gave Spielberg rights for the film as he had intended, so it was time for the film to get made. Sadly the film would become a struggle to make as it underwent script problems, the film's rights left Spielberg, later returned and so on. Nearly thirty years after, it finally got made, so how did Spielberg do with help from the likes of Peter Jackson(director of the Lord of the Rings trilogy) and Edgar Wright(director and writer of Shaun of the Dead) to name a few.


The motion capture is great in this film, many have had their problems with it in the past, but without a doubt this film features the best that has been put out so far. The character here are not dead eyed and better yet, look like good representations of their comic counterparts. Brought to life by Weta Digital, the world is very realistic and beautiful. Editing styles also provide some of the more interesting effects and visuals. Some of the most fun action scenes in any animated film can be found here.

Jamie Bell is the titular hero, Tintin, an optimistic reporter always on the lookout for an interesting story, Bell is fun as the character, capturing what made him lovable in the original comics so well. Andy Serkis as the fun but alcoholic Captain Haddock steals nearly every scene he's in with his great lines and even greater personality. Simon Pegg and Nick Frost are hilarious as the bumbling Thomson and Thompson, detectives that are nearly identical, so much so it's hard to tell them apart, which adds to their silliness.Daniel Craig is great as the films antagonist Sakharine, he's a real monster to the heroes and it's hard not to love him in the role as much as hate him for what he's doing.A great cast builds a great film.

The film's writing is very well done, providing a lot of great lines, be they comedic or uplifting or menacing. Borrowing from three comics(The Crab with the Golden Claws, The Secret of the Unicorn, and Red Rackham's Treasure) the film finds it's way in telling the stories so well that it becomes it's own story making for an interesting  choice. It's pacing is fast, but perfect for the story considering it wants to be a fun adventure film, leaving the audience in constant suspense. Some elements in the story may get a little dark for the younger viewers but it will not go too  far that it becomes a problem so even they can enjoy.The Adventures of Tintin harkens back to Spielberg's Raiders of the Lost Ark in a great way, fun and serious without ever losing it's audience in either one. It's a must see for fans of Spielberg, adventure fans, and for the kid in everyone.