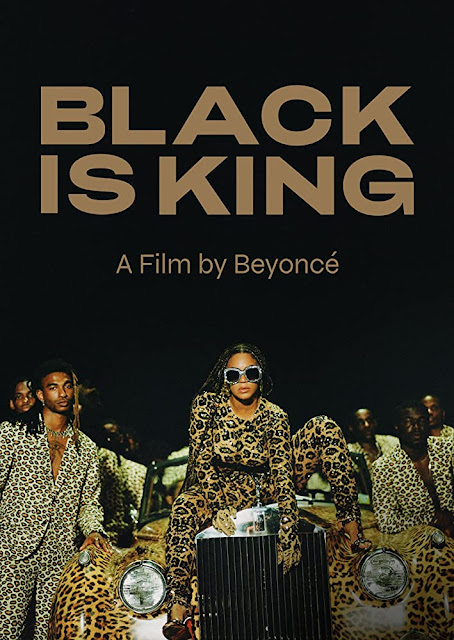 The hardest thing in being a critic is presenting your opinion in a way that will make sense to the one listening, without alienating them due to an area they disagree with you on. I can talk for hours why I like or dislike a thing, but the second I present a take that people won’t agree with there’s a good chance will have lost their attention, it may seem unfair but life’s too short to listen to someone you disagree with, especially if their arguments make little sense to you. I am not the biggest fan of Beyoncé, I don’t hate her, or her music, I’ve just never considered myself a fan of her work. I imagine her fans have already left, while her haters are readying themselves for a takedown, I’m not doing that, but I’m also not changing my mind regarding how I feel about her work overall. Taken as just the music, Black Is King, is fine, I enjoyed some songs more than others, it was catchy, but I also don’t see myself listening to it during my down time much, but it isn’t just the music.

Recently released on the Disney Plus app, Black Is King is a “visual album” film, basically a collection of music videos inspired (at least in part) by The Lion King remake. You’ll have to remember that Beyoncé was in that one as Nala. Whether or not her involvement led to this is besides the point, because even if Black Is King, wouldn’t exist in its form without last years remake, I have to imagine a similar project would’ve happen at some point due to the film’s connection to culture. While yes it’s been sold as a tie-in to The Lion King 2019, it quickly becomes apparent that movie is really just a way to get the audience to understand what they’re seeing. A line from the 2019 feature comes up and we see imagery relating to it in some way as music expands on the ideas and themes behind the quote. Black Is King is very much an artsy feature, beautiful enough to entertain the average viewer yes, but the average viewer might be lost on some of the ideas on display, which is why we’ll hear Mufasa talk about the circle of life or Timon explain his ideology in narration, to simplify what is depicted, an average viewer hears it and now interprets it into the visuals. I first thought it would be silly, but it does fit naturally and provide some structure so it’s definitely well used.

As this played, I was completely intrigued by the visuals and kept thinking that if The Lion King 2019 had any reason to exist, it was for this. I have made it no secret, I am not a fan of the Disney remakes, a couple are fine, but as a whole I think they’re lazy cash grabs, Lion King 2019 is no different. Whereas the original was meaningful and heartfelt despite the lack of support from the studio, last year’s remake was completely overseen by the studio and instead of heart it was just filled with technical effects, sure they were impressive, but a tech demo film isn’t gonna win over the masses. This on the other hand? It's certainly inspired by The Lion King, but everything you see will feel new and exciting. I doubt this was a film Disney truly wanted to make, I'm certain Beyoncé was the one to pitch it, but if Disney was in any way involved with the thought process, I wish they would've just done this instead of a lazy remake last year. This movie has a lot of passion apparent in it's visuals, the themes of the music, the overall narrative. At no point did I believe this was a cash grab, a tie-in sure, but only because the remake exists, if this was just made because the original was that inspiring to the filmmakers? I could buy it being a thing and it would stand out a lot more in my eyes.

Am I a fan of Beyoncé? No, she's talented, she's got some good music and now we can say she's got a knack for making films, but I am not as devoted to her as some are. The beauty of it all though? You don't need to be a fan of someone to appreciate and admire their work. Black Is King is a stunning movie to witness, I can't say the music was my favorite, but it's got some of the best imagery I've seen this year. If Beyoncé ever gives up the music scene for movies, at least I know her film work will be something that most audiences will be amazed by. It's not just that we have a diverse cast, or visuals and storytelling from a perspective that Hollywood still doesn't lift as much, it's the beauty of the authentic connection to her culture that makes this a stand out for the year, regardless if the virus pushed so many movies away. Honestly I wish more people would watch this, not just to send Disney a message of what it could be doing instead of lazily recreating movies, but also because Beyoncé made an impressive movie.

Special Thanks To My Patreon Support

Support My Patreon
Posted by Octaviano Macias at 1:01:00 AM